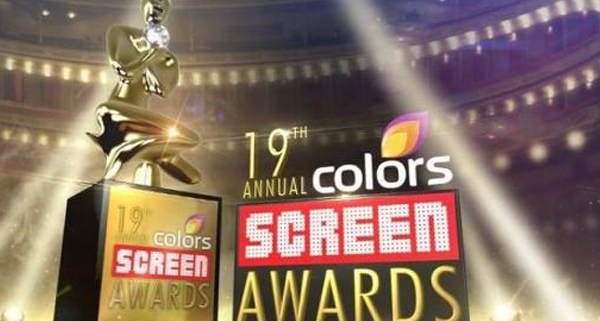 Offbeat cinema turned out to be the toast of the season with Paan Singh Tomar and Barfi! sharing the best film title, and its lead actors – Irrfan Khan and Ranbir Kapoor respectively, lifting the best actor’s trophy at the 19th Annual Colors Screen Awards Saturday night. Vidya Balan won her fourth consecutive best actress Screen award for her role as Vidya Bagchi in hit thriller Kahaani. Her earlier wins were for Paa, Ishqiya and The Dirty Picture. Irrfan essayed the role of former national steeplechase champion-turned-bandit Paan Singh Tomar in the biopic Paan Singh Tomar, while Ranbir wowed everyone with his heart warming performance as deaf and mute Murphy in Barfi!. In terms of direction too, commercial entertainers took a backseat with Anurag Basu winning the best director award for Barfi!.Megastar Amitabh Bachchan received a special award at the event, while late filmmaker Yash Chopra, who died in October 2012, was conferred the lifetime achievement award. The evening was laced with power-packed performances by Student Of The Year stars Varun Dhawan, Sidharth Malhotra and Alia Bhatt, apart from livewire dances by Sonakshi Sinha, Ranveer Singh and Priyanka Chopra. For the first time, the mother-son duo of Neetu Kapoor and Ranbir took onto the stage to pay a tribute to Bollywood. The glittering ceremony saw Bollywood’s creme de la creme – Shah Rukh Khan, Katrina Kaif, Amitabh, Jaya Bachchan and Abhishek Bachchan in attendance. The event was hosted by Shah Rukh, Karan Johar and Ayushmann Khurrana, who bagged the best newcomer (male) award for his performance in Vicky Donor.

Author adminPosted on May 5, 2013May 6, 2013
Aamir Khan was tirelessly rehearsing at the YRF studios for the Dhoom 3 dance sequence, when all of a sudden, the actor lost focus...
Read More

Vivek Oberoi: Don’t like personal news about myself or anyone else

Author syncmagPosted on March 28, 2013May 6, 2013
Vivek Oberoi says media should be cautious and report more about an actor’s films rather than his personal life. When asked what kind of...
Read More

Author adminPosted on May 17, 2013
Actress Kajol says though family responsibilities and her husband actor Ajay Devgn’s film production company has been keeping her busy, she is waiting for...
Read More