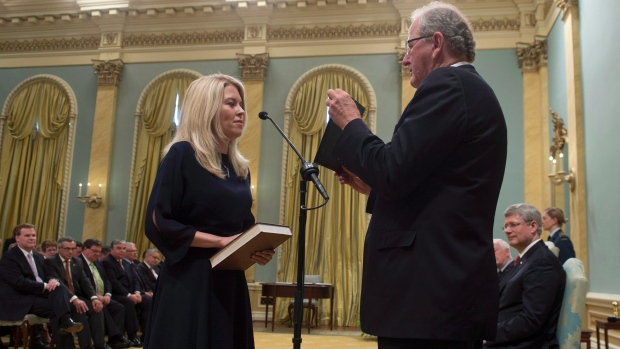 Women hoping to be more equally represented in the House of Commons are likely to be disappointed after the next federal election.

With just over half the candidates nominated for the October 2015 election, women are far outnumbered by men.

But a CBC News analysis of candidates nominated so far shows Canada is still far from hitting gender parity in federal politics.

The NDP is the clear leader, with two more women nominated than men: 54 women and 52 men are set to run in 106 ridings. But the New Democrats have confirmed just 31 per cent of their candidates.

Many of the Conservative and NDP candidates nominated so far are sitting MPs.

Women account for 25 per cent of MPs in the House right now, or 77 of the current 308 seats. Thirty new ridings have been added for the 2015 election.

Women currently make up 18 per cent of the Conservative caucus. To bring their female candidate representation even up to one-third, nearly half of the remaining candidates to be chosen would have to be women.

Approach to increase of an organization into a new area or land.

Author syncmagPosted on February 14, 2013February 14, 2013
In an interview with Najam Sethi on Geo TV’s programme Aapas Ki Baat, Imran Khan said that his party would not support any unconstitutional...
Read More
In-Sync
Author syncmagPosted on March 15, 2013April 11, 2013
ISLAMABAD: The federal cabinet in its farewell meeting on Thursday approved the budget strategy document for 2013-14 in which Rs599 billion for defence and...
Read More

Author adminPosted on October 23, 2013
Yves Côté, the commissioner of Canada Elections, is calling on the federal government to give him the power to compel people to provide information...
Read More

Author adminPosted on September 14, 2015
Bangkok: A Chinese woman who allegedly tried to smuggle a stolen diamond out of Thailand by swallowing it was released from hospital Monday after...
Read More