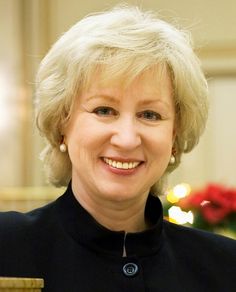 OTTAWA – For countless women in Canadian politics, Tuesday’s U.S. election added insult to injury: not only did Hillary Clinton fail to shatter the glass ceiling, but it was none other than Donald Trump who thwarted her efforts.

“I think a Trump victory is a disaster, not just for Canada, but for the world,” said former Progressive Conservative prime minister Kim Campbell.

As Canada’s first female PM, Campbell was looking forward to seeing Clinton reach a similar milestone, sending a powerful message around the globe that would help normalize the idea of women in leadership positions.

She was also keen to see Trump go down to defeat.

Campbell was troubled by his admiration for Russian President Vladimir Putin, as well as the stoking of sexist, racist, anti-judiciary and anti-institutional sentiments among the electorate — something that could have a profound effect on the strength of American democracy going forward.

“I think that this is a man who is so ignorant about the geopolitics of the world, so uninformed and incurious that he is extremely dangerous and I think it’s a big challenge for the countries of the world to try and deal with him,” she said.

“They were very frightened before the election, and they must be in absolute despair right now.”

May said Trump has promised to withdraw the U.S. from the Paris Agreement on climate change, a move she’s convinced could end up destroying the whole thing.

“The possibility that the U.S. electorate has just condemned our grandchildren is a significant risk,” she said.

There was also a high degree of disappointment over having come so close.

“I was so confident, you know? A woman president!” Olivia Chow, the former NDP MP from Toronto, said before letting out a big sigh.

“People are not ready for female leaders,” Chow said as she contemplated the result.

“People that are not doing well are looking for someone to blame and it must be the migrants, it must be the refugees, it must be the latte-drinking city worker.”
Nancy Peckford, executive director of Equal Voice, agreed that sexism likely played a role in the result.

“It makes us wonder if the U.S. electorate was ready for a female president,” Peckford said.

Conservative MP Michelle Rempel said before she comes to any conclusions about the significance of a Clinton loss, she needs to know one key piece of information.

“To me, the real issue is: how did women in the United States vote?” Rempel said. “Sometimes gender is one axis out of many.”

The election was about overturning the status quo, she added.

“I think there is going to be a lot made about people that don’t feel as if their voices were heard in the current political establishment, and you can’t negate the validity of those voices.”

Democracy stands out as the collective expression for the broad range of regimes which include radical democracies and average ones.

Democracy could be the collective phrase for the broad many types of regimes which include radical democracies and average types.

Author adminPosted on December 3, 2013May 23, 2014
The roof of the Olympic Stadium is deteriorating at a faster rate than anticipated, ripping more than 2,000 times in the last year alone....
Read More

Is Ishq e Mamnoon, the next Humsafar?

Author syncmagPosted on January 17, 2013January 17, 2013
Ideally, one should always be too sexy to be a crybaby. Dear TV people, you desperately need to learn this fine art too. The...
Read More

Author adminPosted on May 27, 2013
LONDON: Outgoing Manchester United manager Alex Ferguson heads into retirement with the Premier League manager of the year award. Ferguson picked up the League...
Read More

Author adminPosted on October 23, 2013
The meeting between the prime ministers of India and Pakistan that was held on the sidelines of the UN General Assembly in New York...
Read More

Author syncmagPosted on May 13, 2013May 13, 2013
With just three days left for the elections, Pakistan Tehrik-i-Insaf chairmanImran Khan was wounded in his head after falling off a forklift that was...
Read More

Author adminPosted on January 4, 2016
Saudi Arabia announced Sunday that it was severing ties with Iran, hours after Iranian protesters set fires in the Saudi Embassy compound in Tehran....
Read More