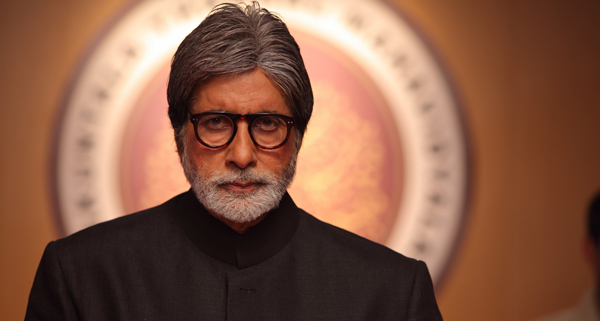 Not many know that Bollywood megastar Amitabh Bachchan, who is known for his acting, can also fly airplanes.During the grand finale of ‘India`s Prime Icon’, the inimitable actor disclosed his hidden talent.Not only that, the 70-year-old revealed that at one point in his life he had wished to join the Air Force.
He also spoke about the heights he hoped to reach, which today seem as a fairly low goal when compared to the status he has achieved.”Yes I did take up flying. And if there ever is an emergency and you are in the aircraft, I may be able to land that plane,” he said.However, showing off his humorous side, the legendary actor quickly added, “provided it`s a glider”.
Amitabh was chosen as the winner of ‘India`s Prime Icon’.”

Valentine's Day is not a festival, Is Valentine’s Day part of globalization?

Sync Tainment
Author syncmagPosted on March 15, 2013April 11, 2013
We all know that Katrina Kaif has been advertising for the soft drink brand,Slice since 2008. Now this time we have Shahrukh Khan, who...
Read More

Author adminPosted on November 21, 2016September 14, 2017
It’s no secret that Sonam Kapoor has been in a steady relationship with Delhi-based businessman Anand Ahuja. She is Bollywood’s leading fashionista and he...
Read More
Sync Tainment
Author syncmagPosted on March 14, 2013April 11, 2013
MUMBAI: Priyanka Chopra has refused to sing for Bollywood films. Priyanka said she had the desire to sing but was restricted by her contract.Fans...
Read More