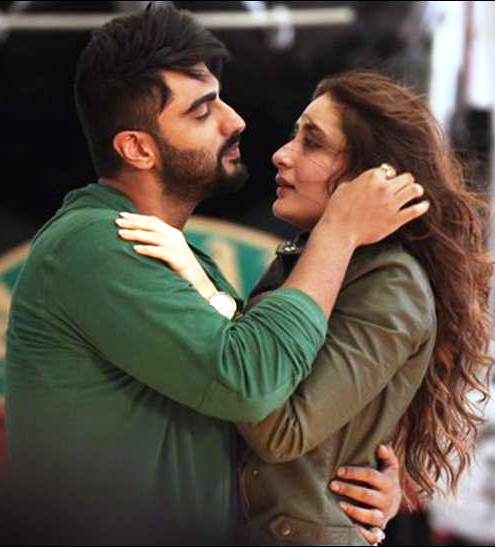 Arjun Kapoor and Kareen Kapoor have given their fans a New Year treat by showing them a glipmse of their romance and love from their upcoming film Ki and Ka. The duo will be seen romancing in R Balki’s upcoming romantic comedy-drama ‘Ki and Ka’. The unsual pairing has steamed up the winters and are ready to sizzle on screen.

The first look of R. Balki‘s upcoming directorial ‘Ki & Ka‘ has been unveiled. The lead actor Arjun Kapoor has revealed the first look of the film. The film stars Kareena Kapoor as the female lead. The movie also stars veteran actors Amitabh and Jaya Bachchan in a special cameo appearance. The film is all set to hit the theatres on April 1, 2016. 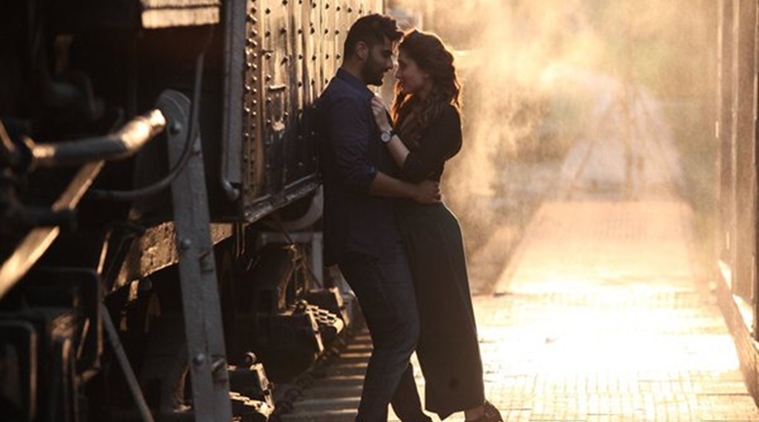 The movie revolves around the couple, where Kareena is an independent working woman whereas Arjun is the house husband. The Rom-Com has been shot in a short shooting schedule. This is the first time that Arjun and Kareena will be seen opposite each other on the big screen. The young actor has always kept his fans and followers updated about the developments of the film through social media.

On being granted the concept Physician of Characters, Dylan creator Michael Grey

Author adminPosted on August 10, 2015August 10, 2015
Pakistani actor Fawad Khan has finally broken the silence about his much talked-about kissing scenes with Alia Bhatt and his reasons for his rejection...
Read More
Sync Tainment
Author syncmagPosted on March 19, 2013April 11, 2013
Malaika Arora Khan is known to be quite humble and down-to-earth. So when we heard the actress created a scene at a recent event...
Read More

Author syncmagPosted on February 4, 2013February 13, 2013
An audience member pre question remarked to Anil Kapoor, “I keep get older and you keep get younger.” Laughter all around, the statement was...
Read More

Jennifer Lawrence Beats Kim Kardashian As Most Googled Celebrity of 2014

Author adminPosted on December 18, 2014
Jennifer Lawrence, the “Hunger Games” actress beat Kim Kardashian, the woman who tried to “Break the Internet”, to top the list of the most...
Read More