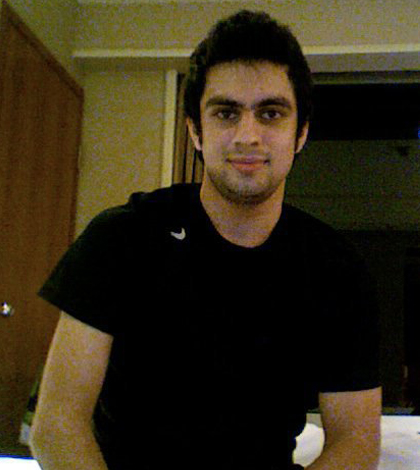 ISLAMABAD: Aamir Atlas on Sunday signalled the return of the golden days of Pakistan squash with an impressive straight sets win over Kuwait’s Abdullah Al-Mezayne in the 17th Asian Individual Squash Championship at the Mushaf Ali Mir Complex here Sunday.
With his straight forward victory in the final, Pakistan ended their 15-year drought in the Asian individual event.Putting aside a recent injury scare, Aamir ran away with the crown with an impressive 11-9, 11-3, 11-8 win.Both players started the title decider on equal terms. Ranked among the world top forty players, the Kuwaiti was nowhere in the second game where Aamir virtually dominated.Unlike the first game where both players tried to judge each other’s strength, the second one proved totally one-sided which Aamir won 11-3. In the third game Aamir raced to 6-3 lead within no time.As the Kuwaiti player was not interested in making a match out of it, he started giving away easy winners to Aamir. A couple of unforced errors by Aamir, however, brought Abdullah back in the game as he caught up with Aamir at 8-8. However, Aamir remained cool to win the title.After a lapse of 15 years, Aamir finally bagged the Asian individual title. In 1998, Quetta-based Zarak Jahan Khan was the last Pakistani, who won the Asian crown.After training under Faheem and recovering from injury I joined the national camp,” Aamir said.

Author adminPosted on May 17, 2013
LAHORE – Pakistan Billiard and Snooker Association (PBSA) Friday named its four-member team to take part in the ACBS Team Events and the 6-Red...
Read More
Sync Sports
Author syncmagPosted on March 15, 2013April 11, 2013
Sir Alex Ferguson has promised that Wayne Rooney will still be a Manchester United player next season. The England striker, 27, was dropped by...
Read More