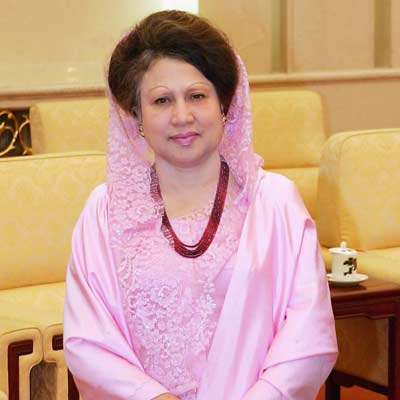 DHAKA: Bangladesh’s High Court has decided former Prime Minister Khaleda Zia can stand trial on corruption charges involving a contract for a coal mine with a Chinese company.

The court on Thursday quashed Zia’s petition to scrap the case filed in 2008 by the country’s official anti-corruption watchdog. A state counsel says the case will go ahead while the defence says it will appeal.

The charges accuse Zia and 15 others of causing millions of dollars of losses to the state exchequer by awarding the contract of Barapukuria coal mine to China National Machinery Import and Export Corporation (CMC).

The Chinese company got the award to operate, manage and maintain the coal mine.

In-Sync
Author syncmagPosted on March 25, 2013April 11, 2013
MONTREAL: Two prisoners who staged a daring weekend escape from jail in eastern Canada using a hijacked helicopter have been re-arrested, authorities said on...
Read More
In-Sync
Author syncmagPosted on March 28, 2013April 11, 2013
Donning a turban offered to him by the local leaders, Nawaz urged the nation to vote his party to power if they wanted an...
Read More

Author syncmagPosted on February 14, 2013February 14, 2013
It was almost a comedy of errors for Shah Rukh Khan recently. While the actor was rehearsing for an award show, the crew accidentally...
Read More