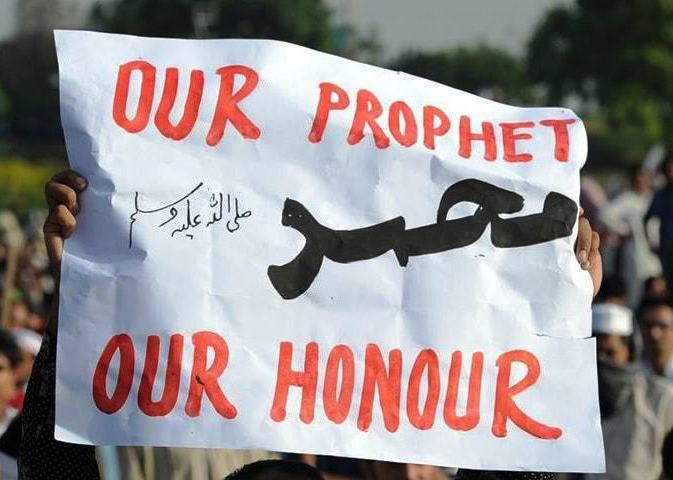 LAHORE, PAKISTAN: Religiopolitical groups of all schools of thought are observing Friday (today) as a black day against the French magazine which republished blasphemous caricatures of Prophet Muhammad (PBUH).

The movement will begin with a grand protest at Chauburji in the provincial metropolis after Friday prayers.

Tehreek Hurmat-i-Rasool chief Maulana Amir Hamza said if 40 European countries could unite to show solidarity with the journal, all 57 Muslim countries should also unite for safeguarding the sanctity of the Holy Prophet (PBUH).

He urged the leaders of all the Muslim countries to demand an international law against the blasphemy that hurt feelings of over 1.5bn people worldwide.

JuD emir Hafiz Saeed called upon the Ulema to sensitise the people through Friday sermons of the blasphemous acts and conspiracies of Christians and Jews against Islam and hold peaceful protests outside mosques after the prayers.

JI emir Sirajul Haq also announced a countrywide protest against the publication while speaking to party leaders in Peshawar.

PAT chief Dr Tahirul Qadri demanded a meeting of the OIC as well as urging the UN, European Union and French government to take notice of the blasphemy which had nothing to do with the freedom of expression as the heinous act had violated fundamental rights of the Muslims.

In-Sync
Author syncmagPosted on March 15, 2013April 11, 2013
ISLAMABAD: The federal cabinet in its farewell meeting on Thursday approved the budget strategy document for 2013-14 in which Rs599 billion for defence and...
Read More

Author adminPosted on September 12, 2013
MONTREAL — As Barack Obama made his case in Washington for an attack on Syria, two separate demonstrations brought the crisis in the Middle...
Read More

Author syncmagPosted on May 9, 2013May 9, 2013
LAHORE: Ever since the start of election season, live tigers and lions are a constant feature at Pakistan Muslim League-Nawaz (PML-N) political rallies. The...
Read More