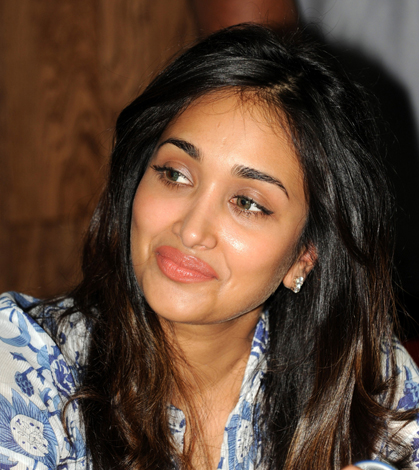 The Indian boyfriend of the late Bollywood actress Jiah Khan was to appear in a Mumbai court on suspicion of abetting her suicide after her family found a letter in her room.

Suraj Pancholi, a 22-year-old aspiring actor, was detained on Monday (local time), a week after his girlfriend’s body was discovered by her parents at her home.
“He is arrested for abetment to commit suicide under Section 306 of the Indian Penal Code,” Additional Police Commissioner Vishwas Nangre-Patil told AFP.
“There is a suicide note, there is a statement of (Khan’s) mother and some circumstantial evidence of triggering,” he said of the grounds for the arrest.
Khan, who made her debut starring opposite acting legend Amitabh Bachchan, was found dead in an apparent suicide on June 3.
The 25-year-old’s parents found a suicide note in her wallet which reports said contained details of her relationship with Pancholi.
Khan, born in New York before moving to London and then Mumbai, made her Bollywood debut in 2007 with the controversial film Nishabd (No words), playing a teenager in love with her best friend’s much older father, played by Bachchan.
The movie won attention because of its provocative storyline and Khan was praised for her bold acting.
Khan, who changed her name from Nafisa Khan, went on to star alongside actor Aamir Khan in Ghajini, a box-office hit.
India’s film industry reacted with shock and sadness to her death, with superstar Aamir Khan saying he was “deeply pained” to hear the news about a close family friend.
Pancholi has been taking acting lessons and was set to make his own film debut, having signed to feature in the Salman Khan movie Hero. He has previously worked as an assistant director.

Author syncmagPosted on February 4, 2013February 4, 2013
B.C. Premier Christy Clark has confirmed the province will spend $9.5 million to host the first-ever Times of India Film Awards at BC Place...
Read More
In-Sync
Author syncmagPosted on March 28, 2013April 11, 2013
ISLAMABAD: Chief Justice Iftikhar Muhammad Chaudhry on Monday remarked that the court cannot tolerate any talk against the institution of the army, adding that...
Read More

Author syncmagPosted on February 14, 2013February 14, 2013
In an interview with Najam Sethi on Geo TV’s programme Aapas Ki Baat, Imran Khan said that his party would not support any unconstitutional...
Read More

Author adminPosted on July 17, 2013July 17, 2013
Cuba has admitted being behind a stash of weapons found on board a North Korean ship seized in the Panama Canal. The Cuban foreign...
Read More

Fashion Returns to Faletti’s after Decades