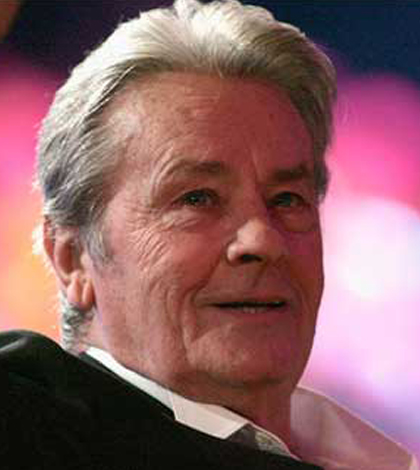 PARIS: French actor Alain Delon will be honoured at the Cannes film festival later this month with a screening of “Plein Soleil”, Rene Clement’s 1960 adaptation of “The Talented Mr Ripley”, in which he starred.

The tribute will be paid to the 77-year-old Delon, who now lives in Switzerland, as part of the Cannes Classics series, festival organisers said Tuesday, confirming a newspaper report.
“Plein Soleil” (Purple Noon) marked a turning point in Delon’s career and led to the critically acclaimed “Rocco et ses Freres” (Rocco and his Brothers).
Delon, regarded as a talented and versatile actor, has made some 100 films in a career lasting over half a century.
The original version of “Plein Soleil” has been restored by the Immagine Ritrovata laboratory in Italy with financing by the France-based film production and distribution company StudioCanal.

Author adminPosted on December 17, 2013May 23, 2014
LONDON: British police on Monday said they had finished examining new information about the 1997 death of Diana, princess of Wales, but had found...
Read More

Author syncmagPosted on May 13, 2013May 13, 2013
New Delhi: With a series of scams battering the government, Parliament was paralysed again today as an aggressive Opposition demanded the resignation of Prime...
Read More

Author adminPosted on June 23, 2015
WASHINGTON: Nobel Peace Prize laureate Malala Yousafzai urged the World Bank and United Nations on Monday to raise the focus of education in their...
Read More