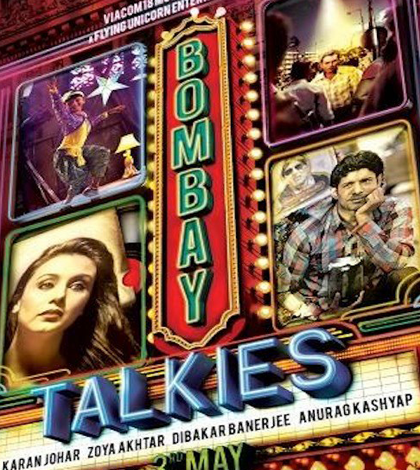 MUMBAI: One hundred years after the screening of a black-and-white silent film, India’s brash, song-and-dance-laden Bollywood film industry celebrates its centenary later this week. The milestone will be marked with the release of “Bombay Talkies,” made up of short commemorative films by four leading directors of India, while India will be honored as “guest country” at next month’s Cannes festival. The 66th Cannes film festival, which opens on the May 15, 2013, will be marking 100 years of Indian cinema with special events. The opening film of the festival is Baz Luhrmanns‘s The Great Gatsby featuring Leonardo Di Caprioand also Amitabh Bachchan, who will be present for the screening of the film.The film is not in the competition category but will be screened in India’s honour. Exhibitions in the capital New Delhi are showcasing a century of cinema. It is also a time for reflection on how the industry has evolved, from its early screen adaptations of Hindu mythology to the garish romantic escapism of modern blockbusters.
Commercially, cinema is thriving India produced almost 1,500 movies last year and the industry is expected to grow from $ 2 billion to $ 3.6 billion in the next five years, according to consultancy KPMG.

Author adminPosted on June 5, 2013
The condition of senior Congress leader V C Shukla, who received bullet injuries in Saturday’s Maoist attack, was today “critical but stable”. Dr Naresh...
Read More
In-Sync
Author syncmagPosted on March 19, 2013April 11, 2013
PANAJI, India: India’s Catholics may account for less than two per cent of the country’s population but they will be Asia’s most powerful voice...
Read More