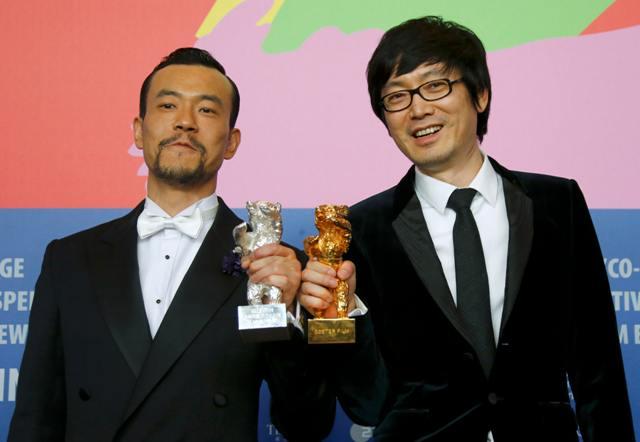 In a remarkably strong showing for Asian cinema the picture whose Chinese title is Bai Ri Yan Huo also captured the Silver Bear best actor award for its star Liao Fan. It’s really hard to believe that this dream has come true which didn’t come true for such a long time Diao said as he accepted the trophy fighting back tears.

The picture is set in the late 1990s in northern China and its murder mystery plot is told through enigmatic flashbacks. Liao put on weight to play the alcoholic suspended police officer who falls hard for a mysterious murder suspect (Gwei Lun Mei).

Yesterday was Valentine’s Day and also the beginning of spring in China and the whole of Berlin was in love. Yesterday was also my 40th birthday Liao said. I think this was the most wonderful present you could give me.

The Berlinale Europe s first major film festival of the year gave its best actress prize to Japan’s Haru Kuroki for her role as a discreet housemaid in wartime Tokyo in Yoji Yamada’s The Little House. I will take this happiness and joy for winning the prize back to Japan Kuroki said wearing an elegant kimono.

The second of three Chinese films in competition in Berlin Blind Massage (Tui Na) featuring a cast made up in part of amateur blind actors captured a Silver Bear prize for outstanding artistic contribution for cinematographer Zeng Jian.

US actress Greta Gerwig a member of the jury read out a statement from Anderson who was not in Berlin for the awards. This Silver Bear is the first both full scale and genuinely metallic prize I have ever received from a film festival so I feel particularly honoured moved and indeed thrilled to accept it he wrote.

Simple methods to Come up with a private Biography

Author adminPosted on October 29, 2014October 30, 2014
The actress is currently shooting for Sanjay Bhansali’s Bajirao Mastani and was supposed to begin working on the Madhur Bhandarkar project by the beginning...
Read More

Author adminPosted on February 4, 2014May 23, 2014
LOS ANGELES, Calif. – When Canadian Jennifer Gasoi was announced as a winner during the 56th Grammy Awards pre-telecast Sunday, a cheering section in...
Read More