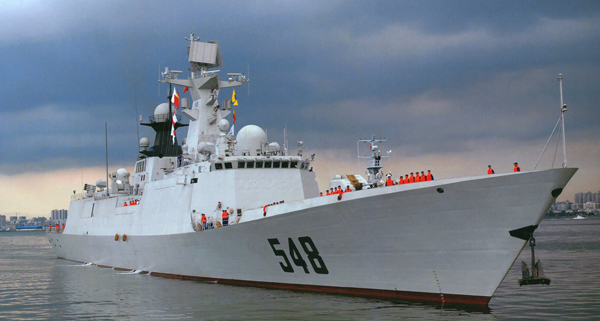 Pakistan is handing management control of a strategic but commercially troubled deep-sea port to a Chinese company, the information minister confirmed Thursday.The minister, QamarZamanKaira, said that control of the port at Gwadar, near Pakistan’s border with Iran, would pass from the Port of Singapore Authority to a company he identified as China Overseas Port Holdings, in a move that had been anticipated for some time. Kaira said the Chinese company would inject money into the Gwadar port, which has failed to meet the goals set by military ruler Gen. Pervez Musharraf on its completion in late 2006 and now lies largely unused. “We hope that the Chinese company will invest to make the port operational,” Kaira said, according to Reuters. A spokesman for the Singaporean company declined to comment, as did the Chinese government. However, at a news briefing in Beijing on Thursday, a Foreign Ministry spokesman noted that China would “actively support anything that is beneficial to the China-Pakistan friendship.”

Priyanka Chopra jets off to Toronto

In-Sync
Author adminPosted on April 17, 2013
Margaret Thatcher, the “Iron Lady” of British politics, who set her country on a rightward economic course, led it to victory in the Falklands...
Read More
In-Sync
Author syncmagPosted on March 14, 2013April 11, 2013
Let pasta be pasta — and not pâtes alimentaires, Quebec’s language watchdog has let it be known,after controversy boiled over when it tried to...
Read More
In-Sync
Author syncmagPosted on March 15, 2013April 11, 2013
SUKKUR: Chief of Awami Tehreek Rasool Bakhsh Palejo has said he would make Pakistan an ideal country if the responsibility of caretaker prime minister...
Read More

Author adminPosted on August 21, 2013
LOS ANGELES: Beauty is in the eye of the Google Glass wearer. At least that’s what the Internet search giant hopes a handful of...
Read More

Author adminPosted on February 11, 2015
JUST IN: Jon Stewart, the host of Comedy Central’s The Daily Show, will step down later this year. The comedian said it had “been...
Read More