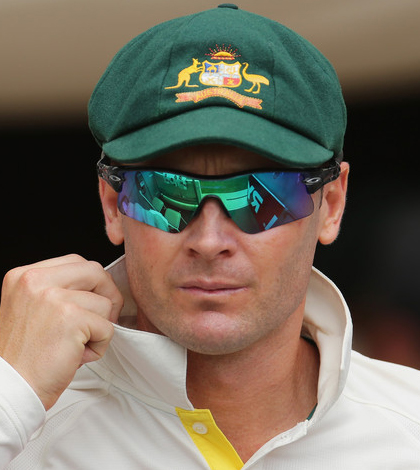 SYDNEY: Captain Michael Clarke was Tuesday ruled out of Australia’s one-day tour of India this month with his long-standing back problem needing further treatment.
The star batsman was picked in the initial 14-man squad last month but the injury has failed to show as much progress as expected, with George Bailey assuming responsibilities as skipper.
“Michael Clarke has a long-standing low-back injury that requires ongoing management,” said team physiotherapist Alex Kountouris.
“During the recent England ODI series his injury flared up again and has been slow to improve with his regular treatment regime.
“Michael will therefore not be available to play the upcoming India ODI series and will require a more extensive rehabilitation period before returning to competitive cricket.”
Australia are due to play a seven-game series in India from October 11, which will be coached by Steve Rixon while Darren Lehmann is rested.
South Australia’s Callum Ferguson has been called up to replace Clarke.

Author adminPosted on August 5, 2013August 5, 2013
GROS ISLET: Regret more than relief characterises the mood of both the West Indies and Pakistan squads heading into the fourth One-Day International at...
Read More