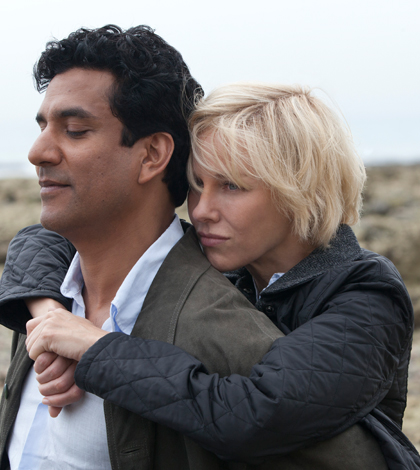 ‘Diana’, the recent biopic of Princess Diana, has bombed on its opening weekend in the US.
The film, which stars Naomi Watts as the princess, failed to bring in either box office success or critical acclaim when it emerged in UK cinemas in September. It seems the US market was equally unimpressed.
Though it only opened on a tiny 38 screens, it made just $64,914 (£40,800), equating just $1,708 (£1071) per location. The film, directed by ‘Downfall’ helmsman Oliver Hirschbiegel, was roundly hammered by the UK critics.

Peter Bradshaw in The Guardian deigned to call it ‘car crash cinema’, while the Daily Mirror decreed that ‘Wesley Snipes in a blonde wig would be more convincing’ than Watts’ performance.

Hirschbiegel revealed that he had been ‘devastated’ by the notices, adding ‘but when you make a film you don’t think about the reactions’. “In all the other places where it’s opened – in Poland, the Czech Republic, Turkey and Slovakia – it’s been very strong,” he told the BBC.

“I think for the British, Diana is still a trauma they haven’t come to terms with.”

In the film, Watt stars opposite ‘Lost’ star Naveen Andrews, who played heart surgeon Hasnat Khan, with whom Diana had an affair.
Diana is a romantic biographical drama that covers the last two years of Princess Diana’s life, during which the recently divorced princess campaigned against land mines as part of her humanitarian efforts and engaged in a surreptitious and problematic romantic relationship with a Pakistan-born heart surgeon, Dr. Hasnat Khan, played by former “Lost” regular Naveen Andrews.
She hopes for a fresh start, but a combination of her nosebleed-high public profile, the relentlessly invasive paparazzi who follow her everywhere (although she tries to use that to her advantage at one juncture), and family disapproval render their long-range union impossible.
Thus does her rebound relationship with Dodi Fayed come about.

The movie is inspired by the book “Diana: Her Last Love by Kate Snell,” which was in turn drawn from extensive interviews with close friends and confidantes. The result is a window into the tumultuous, change-filled period from 1995-1997, in the wake of Diana’s shattering divorce from Prince Charles, and at the moment when she stood on the cusp of a different life, evolving into a global humanitarian, a master of maneuvering fame and becoming her own woman.
Speaking to Mail, Dr. Hasnat Khan has, the cardiologist blasts the movie for its inaccurate depiction of his relationship with Princess Diana.

Khan denies that the movie has got his “tacit acceptance” as claimed by the producer, saying, “It is a complete lie. I have never given any approval.” He goes on pointing out one misinterpretation in the film after watching a still image, “I could tell immediately those were never our mannerisms at all, with [my] hands folded behind the back and all that.”

“You could tell from that picture that it is all just presumed about how we would behave with each other, and they have got it completely wrong,” he adds, “There wasn’t any hierarchy in our relationship. She wasn’t a Princess and I wasn’t a doctor.” He continues, “We were friends, and normal people stand like friends with each other. That one still picture told me a lot about how they will portray things in the film and I can see [it] is wrong.”

The man she referred to as Mr Wonderful also revealed that 16 years after the royal’s death he is still struggling to come to terms with her loss.
He said: “It’s been difficult for me to get my head around Diana’s death or talk about it. After she died things were difficult, very difficult.

“We all have our own traumas and get on with it. But when it’s there in your face year in, year out, it’s hard.”
A good film could be made about Diana’s dark side – that is, her flawed, non-saintly human side.
An entire movie could be made, for example, about her ugly, obsessional spat with her sons’ nanny Alexandra “Tiggy” Legge-Bourke, whom she suspected of having an affair with Charles and whom she publicly insulted. That really was dark. But it doesn’t fit the image and so it is airbrushed out of the record here.
Diana’s relationship with Hasnat may conceivably have been exactly as this film says it was. People in love can sound gooey and silly, of course. But by excluding everyone else: by excluding Charles (still an important figure in her life) and any real depiction of her relationship with her sons – perhaps through some unspoken deference to these important and very-much-alive royals – the film creates a distorted, sugary and preposterous impression. She is the Heiress Of Sorrows.