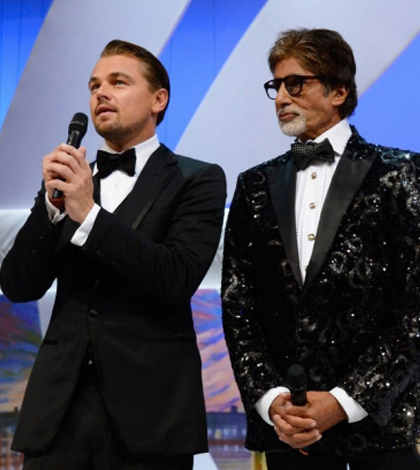 The 66th annual Cannes Film Festival is currently taking place in Cannes, France from 15 to 26 May 2013. Steven Spielberg was announced as the head of the jury for the main competition. New Zealand film director Jane Campion was announced as the head of the jury for the Cinéfondation and Short Film sections. French actress Audrey Tautou was announced as the host of the opening and closing ceremonies.
The Opening Ceremony of the 66th Festival de Cannes saw many international stars walk up the red carpet at the famous Grand Theatre Lumiere in Cannes. Many Indians were also present. After a song from the film The Color Purple by Steven Spielberg performed by Emeli Sande, French actress of Amelie fame, Audrey Tautou invited the feature films Jury on stage. Steven Spielberg who is the President of the jury got a long standing ovation. Vidya Balan, Naomi Kawase, Nicole Kidman, Lynne Ramsay, Daniel Auteuil, Ang Lee, Cristian Mungiu, Christoph Waltz also went on the stage.
The Festival was declared open by Leonardo DiCaprio and Amitabh Bachchan. Big B said bonsoir(good evening in French) and thanked the festival for inviting India as country of honor in France . He then said he would like to speak to his “countrymen” and spoke in Hindi about Indian cinema completing 100 years and the tribute Cannes is paying this year to India. The Ceremony continued with the screening Out of Competition of Baz Luhrmann’s The Great Gatsby, with the key members of the movie crew in attendance. Amitabh Bachchan plays a short role in the film. Over the next 12 days, dozens of the world’s most artistically ambitious films will premiere on Cannes’ global stage. But Wednesday was a day for blockbusters – both the big-budget “Gatsby” and Hollywood’s most accomplished director of spectacle: Steven Spielberg. Have some glimpses of the event: 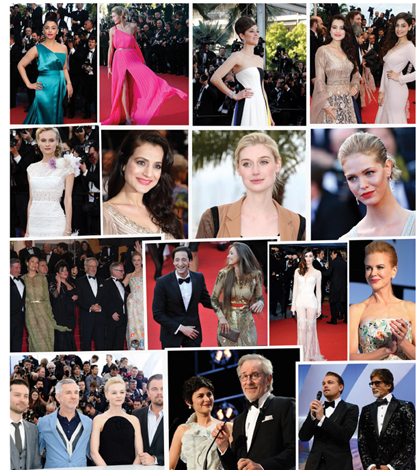 I Don't Let Success And Failure Get To My Head: Kangana Ranaut

Author adminPosted on January 4, 2016
The much anticipated film of 2016, Shivaay has left the audience surprised and overwhelmed with its first look! Well, we hear that Ajay Devgn...
Read More

Author adminPosted on January 16, 2015
The release of one of the year’s most highly anticipated films, Manto, initially set for 2014, has been delayed. Speaking to Dawn, director Sarmad...
Read More
Sync Tainment
Author syncmagPosted on March 14, 2013April 11, 2013
WASHINGTON: Lady Gaga has canceled the rest of her “Born This Way Ball” tour due to a hip problem that requires surgery, Live Nation...
Read More

Author syncmagPosted on January 24, 2013January 24, 2013
Offbeat cinema turned out to be the toast of the season with Paan Singh Tomar and Barfi! sharing the best film title, and its...
Read More

Author syncmagPosted on February 4, 2013February 13, 2013
Like each preceding year, 2012 was another year when the fashion industry experienced tremendous evolution and grew from strength to strength. New players emerged...
Read More