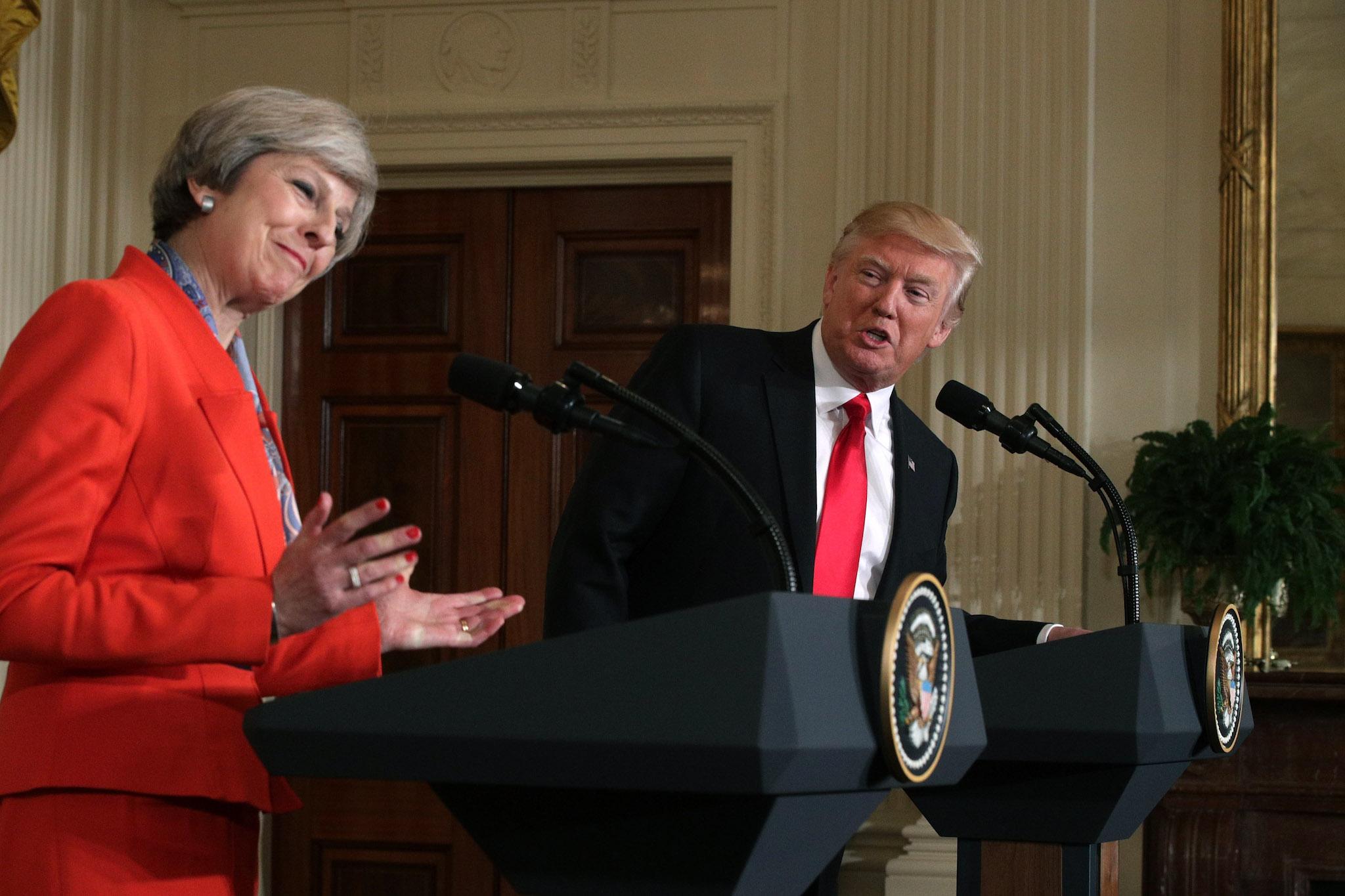 The UK government is considering inviting US President-elect Donald Trump for a state visit, Downing Street has said.

The Republican, who beat Democratic rival Hillary Clinton in the election earlier this month, is due to take office on 20 January.

Earlier this year, MPs debated the idea of banning Mr Trump from the UK.
But the government has stressed the importance of maintaining the “special relationship” between the countries.
Prime Minister Theresa May’s official spokeswoman said: “An invitation for a state visit is one of the things that is under consideration following the election of a new US president. One of the issues under consideration is the 2017 state visits.”

State visits are formal trips to the UK by foreign heads of state from overseas. There are normally two a year and invitations are sent on the advice of the Foreign Office.

The Queen acts as host, with the visitor usually staying either at Buckingham Palace or Windsor Castle.
Visits normally begin with a ceremonial welcome attended by The Queen and other senior members of the Royal Family, while a State Banquet is held in his or her honour.

Mr Trump’s predecessor, Barack Obama, made a state visit to the UK in April. He was accorded the same honour in 2011.

News of the possible state visit came as Mr Obama – who had his farewell trip to Europe last week – said he would speak out about Mr Trump’s presidency if he feels an issue “goes to core questions about our values and our ideals”.

US presidents tend to avoid criticising predecessors or successors. Mr Obama – who has previously been heavily criticised by Mr Trump and who had questioned his successor’s suitability for high office – was clear that he would not weigh in on Mr Trump’s decisions while he was still in power.

Meanwhile, as the president-elect continues to select his leadership team, he has confirmed he is considering retired Marine Corps Gen James Mattis for the role of defence secretary, calling him “very impressive” in a tweet.

He also met former critic Mitt Romney, who is now being considered for secretary of state.
Congressman Mike Pompeo has been nominated as CIA director and retired Lt Gen Michael Flynn made national security adviser.

How To Organize A Lab Report

Author syncmagPosted on May 17, 2013May 17, 2013
ISLAMABAD: The Election Commission of Pakistan (ECP) has summoned a meeting Monday to review the complaints regarding rigging in the May 11 polls. According...
Read More
In-Sync
Author syncmagPosted on March 15, 2013April 11, 2013
LAHORE: Rejecting a request filed by the federation’s counsel to adjourn the hearing of a petition seeking contempt of court proceedings against President Asif...
Read More

Author adminPosted on June 18, 2013
ISLAMABAD: Prime Minister Nawaz Sharif has reiterated that the issue of drone attacks will be raised. Sharif addressing the first cabinet meeting of the...
Read More

Author adminPosted on September 23, 2013September 23, 2013
Rock icon David Bowie’s re-emergence into the limelight continued on Wednesday when he was named on the shortlist for the Mercury Prize, one of...
Read More