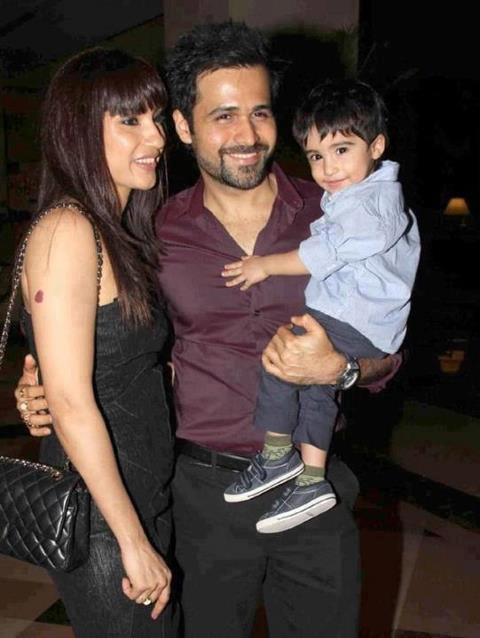 Talking about his grand nephew, Mahesh Bhatt said,
“I got a call from Emraan at about 12.30 on Monday. He was speaking some garbled words and it was a call that kind of shattered me as he was inconsolable. He was calling from Hinduja Hospital where his four-year-old son Ayan had been diagnosed with a tumour in his kidney that was found malignant. The doctor had suggested immediate surgical intervention after which the road map for the future would be decided and that would probably mean chemotherapy.

When he said this to me, it was a tonne of bricks that hit me and I went across to his house to meet him. I saw a frail and broken down Emraan with his wife, but his son was so full of life, hardly close to looking ailing from the dreaded cancer. It was time for us to get hold of ourselves, take the news in our stride and do what was needed. But we need to be very strong to deal with that catastrophe. I took Emraan aside and told him that I felt this will pass and we will be able to tide over it, and he looked at me with hope and suspicion.

He just called and said, ‘The bone marrow scan says it is clear, so it is first-stage cancer and thus curable’. This is the mother of all pains and life cannot get worse than this. It is amazing that Emraan, who broke down yesterday, has transformed into a gladiator who would take all the challenges in his stride. I will make sure as a parent that I will create a firewall around him and protect him. He will do all his professional jobs with the same professional commitment without anything or anybody being affected with minor readjustments.

‘Mr. X’ was to be shot in South Africa from January 18. While the shoot in South Africa has been called off, the film will be shot in Mumbai so that the father stays close to the son in this difficult time.” Kudos to Emraan’s professionalism and may God give him the courage to bring his son out of this pain with painless colours.

Author adminPosted on May 17, 2013
Nargis Fakhri, who was last seen in Rockstar has been approached by producer Ramesh Taurani and director Rajkumar Santoshi to do an item number...
Read More

Sonam Kapoor: I have a Man’s Ego!

Author adminPosted on August 5, 2013August 5, 2013
The Bhaag Milkha Bhaag babe reveals why she chose to not work with her father so far Although she comes from a film family,...
Read More

Author adminPosted on November 18, 2015
MANILA: US President Barack Obama took time off at an Asia-Pacific summit on Wednesday for an unusual task – putting questions to Chinese internet...
Read More