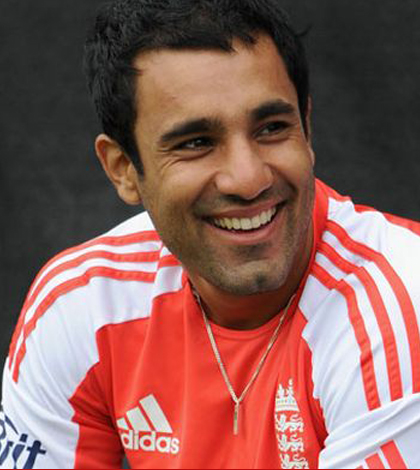 ALASTAIR COOK will have Essex pal Ravi Bopara alongside him as he looks to guide England to their first ever 50-over international trophy this summer.Bopara, 27, was the only surprise inclusion in Cook’s squad for the ICC Champions Trophy — the mini World Cup being held here this summer.Graeme Swann and Tim Bresnan were both named in the squad, having returned to fitness after both undergoing surgery on elbow problems.But Kevin Pietersen’s absence will be felt, with the star batsman’s knee injury seeing him ruled out of the tournament last week.That blow has opened the door for Bopara, the only player selected to have missed out the senior tours to India and New Zealand during the winter.England start their ICC Champions Trophy campaign against Australia on June 8 at Edgbaston.

Hrithik Will Not Romance...

Author adminPosted on May 17, 2013
MADRID: Rafael Nadal sealed his fifth title in seven tournaments since returning from a seven-month injury layoff as he claimed a third Madrid Masters...
Read More

Author adminPosted on February 4, 2014May 23, 2014
DOHA: Sri Lanka has been asked to get its stadiums ready to host the 2014 Asia Cup as the Asian Cricket Council (ACC) does...
Read More
Sync Sports
Author syncmagPosted on March 19, 2013April 11, 2013
GALLE: Mushfiqur Rahim on Monday became the first Bangladesh batsman to score a Test double-century, achieving the feat in the opening match against Sri...
Read More