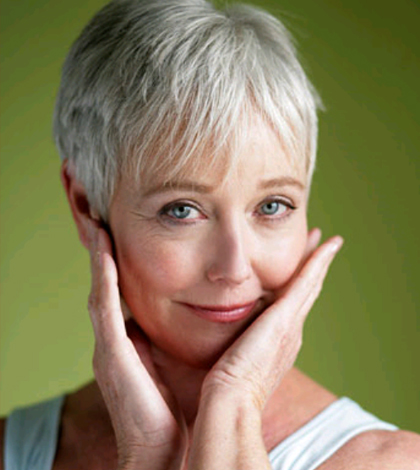 Let’s not kid ourselves. Getting older is a drag, and middle age is particularly fraught with tension.Do the sexy clothes you wore in the past now seem just plain wrong? Will smoky eye makeup that looks great on 19-year-olds make you appear just plain crazy?Part of the problem is that aging often requires change, but most women don’t want to move to a frumpy town called Middle Age, where sensible shoes and boring clothes are de rigueur.Here are some most common mistakes aging women make and how to avoid them.
Not realizing you need to change
The biggest mistake women make is not doing anything at all.Hair,makeup,and clothing that made you look fantastic in your younger years, often won’t cut it as you grow older. If you want to age gracefully, you’ll need to make some changes.
Comparing yourself to you in your 20s
Few people look as attractive in middle age as they did in their younger years. So take a walk down memory lane if you must, but don’t get depressed if you run into your younger self. The goal is to look as good as you can and be as healthy as you can not recreate the body and face you had decades ago.
Skipping exercise
You’ll have to exercise despite the aches and pains of middle age the bum knee, or it-just-makes me feel like hell feeling. Exercising can actually relieve pain, and stave off health problems in coming years, such as creeping weight gain,diabetes,heart disease,or dementia.
Ignoring your teeth
One thing that can make you appear older is yellowing teeth, but it is about more than just looks. Dental health is closely linked with overall health, and gum disease which gets more common as you age has been higher risk of heart problems.
Thinking there are hair “rules”
Do you have to cut your tresses short or above the shoulders once you’re 50? No, because there aren’t really any hair “rules” for middle-aged women.It depends on a woman’s height, shape, lifestyle, and the condition of her hair.
Overdoing anti-aging efforts
No one likes crow’s-feet or laugh lines, but a frozen Botox face or scary lip plumping isn’t a great look either. The right skin products can help diminish fine lines and wrinkles. If you’re not happy with the result, then explore other alternatives but don’t aim to look like a teen again.

Author adminPosted on November 2, 2016September 14, 2017
Good Stance: The way you carry yourself represents your personality. People with slumped shoulders and sluggish movements display a lack of self confidence. They...
Read More
Sync Potpourri
Author adminPosted on April 17, 2013
You’re a busy person, right? You want your time at the gym to be well spent, not wasted on exercises that won’t get you...
Read More

Author syncmagPosted on May 7, 2013May 9, 2013
Researchers also looked at its effect on stress and inflammation in older adults. A simple form of meditation can help stave off feelings of...
Read More

Author adminPosted on August 5, 2016
You know their names and you know their stories. And whether you grew up loving or loathing the Disney Princesses, there’s no denying that...
Read More