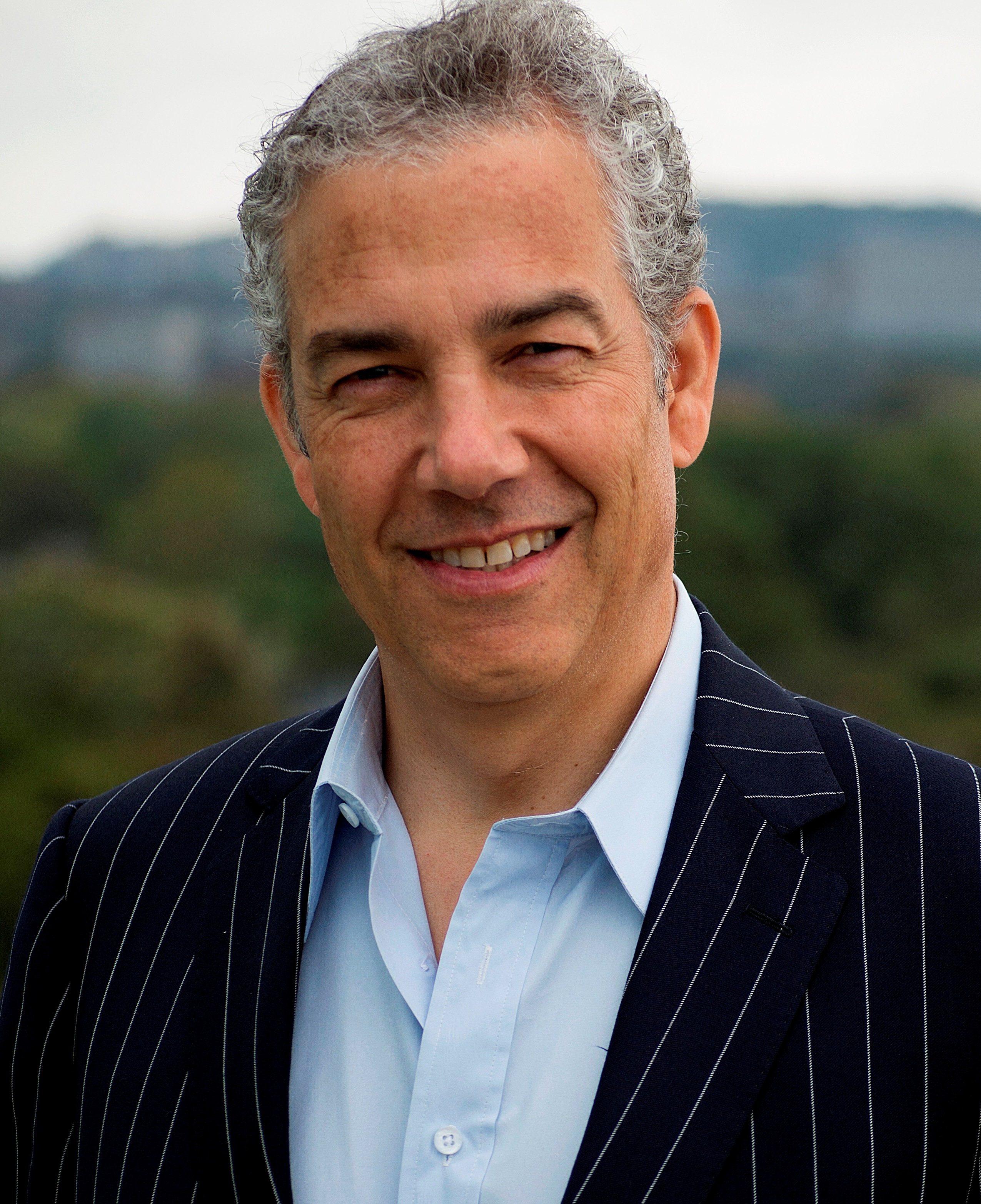 Frank Baylis, Candidate for the Liberal Party of Canada in Pierrefonds-Dollard is not only a successful businessperson but also multi-talented personality who cares deep for the social values & society overall!

“Whether they led a company or a country, history’s best leaders understood the importance of providing the motivation and direction to achieve larger goals”.

• Born in Montreal, Frank did B.Sc. Honors in Electrical Engineering from the University of Waterloo. He graduated as an Ontario Scholar.
• Frank has been president of Baylis Medical, a World leader in the design, manufacturing and sale of high-technology medical devices.
• Frank is also the former Vice-president of OME Group, which was sold to Ernst & Young in 2011.
• In 2005, along with actor/filmmaker, Christian de la Cortina, he created the company Walk of Fame Entertainment.
• On top of his regular duties as president, Frank Baylis is also a key scriptwriter for the company.
• Within his community, Frank is a coach with the Association de ringuette de Beaconsfield Kirkland and a leader with Scouts Canada.
• He is also a member of the Department of Foreign Affairs, Trade and Development Canada Life Sciences Sector Advisory Board and a member of the Board of Directors of the Campus des technologies de la santé.
• 12 years ago, Frank launched For The Children (FTC), a charity committed to improving access to education for all children. FTC also supports “Breakfast for Learning”, helping to ensure that Canadian children attend school well nourished.
• Frank has been the recipient of numerous awards over the years, including the Queen’s Diamond Jubilee Medal, Ernst & Young Entrepreneur of the Year 2011 Award, the Chief Scout’s Award and the University of Waterloo Engineering Alumni Award with his partner Kris Shah in 2014.

Syncmag: What were your sentiments after winning the nomination on Nov 18th, 2015?

Frank: It was a humbling experience. A lot of extremely good people contributed both their time and energy, and people from every community were there to support me. The message that we are trying to get across to people is a positive one.

For me the win was positive feedback that we are doing the right thing. I am fortunate to have such an amazing team,as it is teamwork that led me to my nomination victory. Pierrefonds-Dollard consists of diverse cultures and is truly a multiethnic riding. I am proud to be a part of it.

Syncmag: On that day, were you aware that October 19 might be a game changer for you?

Frank: I did not expect the election process to be so long. In fact, I had planned a vacation with my family prior to the election call, which had to be cut short, as elections were called. I am told that this campaign is the longest in the last hundred years, so I was not expecting this.

Syncmag: You come from a diverse background; your mother is from Barbados and your father is from England. Has this diverse upbringing assisted you in any way in your political endeavors?

Frank: My parents have raised me to have a deep respect for all cultures. My own extended family is very diverse; I have cousins of many different nationalities and religions. My family is rich in culture and extremely diverse in its nature, which has helped to make me who I am today.

Syncmag: Is it true that your mother won a case couple of decades ago against discrimination, which became the basis of Charter of human rights and freedoms?

Frank: My mother, Gloria Baylis immigrated to Canada in the fifties. She applied for a nursing position at an institution, and was informed, contrary to fact, that all of the nursing positions were filled. Despite her undeniable qualifications, she was refused employment because she was a woman of color.

A high profile court case against the institution was launched alleging employment discrimination based on race stating “illegally and knowingly refusing employment, committing thereby an offence provided by the Discrimination Act of 1964.” The case took more than ten years to work its way to the courts and appeals.

Ultimately, my mother’s case was won. This decision stands as a moral victory for all people of Canada. It is a testament to my mother’s tenacity and willingness to stand up for her rights regardless of the circumstances. It is important to note that my mother’s case was the first in Canada that defined discrimination, and made exclusion or preference on the basis of race illegal.

Frank: Share with us something about your immediate family and how they support you?

Frank: My wife, Valerie Baylis is from Burlington, Ontario. We have been married for 26 years. My son Peter is 22. My daughter Victoria is 20, and Julia is 19. The children are all in universities and have their own lives. Though my family is not political, they all support me in my beliefs and are a great source of strength for me behind the scenes. My son also helped to put up banners in our area.

Syncmag: You’re a multi talented personality, how do you balance the demands of ever changing roles?

Frank: I am always busy with one thing or another, and hence have no time to waste, but let me emphasize that nothing is managed alone. I hear people saying they accomplished things solely on their own; but I believe all great accomplishments are the result of teamwork. As I stated earlier, whether it is the Election campaign, my business activities or movie making, I have been lucky to always have a great team of people with me.

I believe that the delegation of tasks to the right person is an important factor for the success of any project, and I do pride myself in identifying talent in people. Together with my teams, we have achieved interesting things!

Syncmag: What is your motivation factor in different aspects of your life?

Frank: In my Business, growth is what provides me with the push to move forward.
In movies, I love the artistic exploration of different tasks. The processes of writing, producing and editing are bound together by the creativity of movie making.
In politics, I feel motivated when I learn something that expands my mind with new knowledge.
I love learning and expanding, and drawing from a kaleidoscopic of experience from learned politicians.

Syncmag: What is your own political mandate?

Frank: I have a new vision for Montreal:a new vision for Quebec and its place in Canada. I am tired of the stereotype discrimination. The first and foremost item on my agenda is to have a united front. Rather than lending importance to last names, backgrounds, culture or language, importance should be given to a person’s qualifications and achievements.

There should be no generalizations based upon last name, language, religion or racial background. We all should be treated equally as Montrealers, Quebecers and Canadians.

Syncmag: Any messages you want to convey through Syncmag platform to the readers.

Frank: If I win, I will strive to help Montreal become the vibrant city it once was, full of potential and opportunities for all people. We will strive to become a community of economic opportunity and social equality. Please join me in this new vision for our community without boundaries.
MY NAME IS MONTREAL!!!

On behalf of Syncmag, we wish Frank success in the polls to make economic opportunity and social equality a reality in the West Island, and in Montreal in general.

Sync Rendezvous
Author syncmagPosted on March 25, 2013May 17, 2013
Maha Shivratri is a Hindu festival celebrated every year in reverence of Lord Shiva. It is also known as padmarajarathri. Shivaratri literally means the...
Read More

Author adminPosted on June 25, 2016
Canada Strikes Back With The New PM If your actions inspire others to dream more, learn more, do more and become more, you’re a...
Read More

Up Close & Personal with Sameer Zuberi

Author adminPosted on June 25, 2016
Sunidhi Chauhan, one of India’s top 10 singer, has been entertaining audiences for over 15 years. Chauhan is praised by the best, including Lata...
Read More