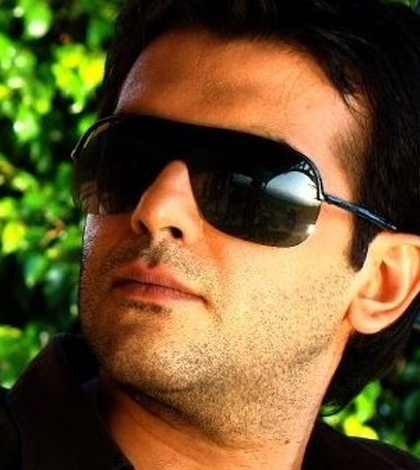 BIRTHDAY THIS WEEK
Aries
March 21 – April 19
There’s a major focus on Aries, so you’ll have plenty of energy, impulsivity, and a lack of tact or thought about consequences. The early part of the week kicks off with a really nice aspect between the Sun and Jupiter. Hasty actions will get you in trouble when the Moon conjuncts Uranus in Aries on Tuesday. Go slowly in all areas of your life. You’ll be bursting with confidence on Wednesday. “Yes, I can!” will become your motto. A lover may have surprising news on Friday. This person might have the chance to relocate to a new area. A flash of insight will pop into your brain on Saturday. You’ll be able to solve a perplexing problem this weekend.

Taurus
April 20 – May 20
A cherished wish may finally come true on Monday, Taurus. Remember to say thank you to the Universe. Your intuition will kick up a notch on Wednesday. Follow your sixth sense in every situation.

Gemini
May 21 – June 20
The boss could give you a promotion on Monday, and the corner office could be part of the deal! A new friend might bounce into your life on Wednesday. This person will have lots of pep.

Cancer
June21 – July 22
Persistence is the key to success on Monday. Extra effort will be required to get a job done. Search for a moment of Zen on Thursday. Find a quiet nook in which to unwind.

Leo
July 23 – August 22
Power issues with a colleague will erupt on Tuesday. Temporarily toss your ego aside so you can work together. Think about going back to school when the New Moon takes place in your education zone on Wednesday. It might be time to learn a new skill.

Virgo
August 23 – September 22
Keep your options open on Monday. If you agree to an outing early on, you’ll want to change plans later. A lover may throw a tantrum on Wednesday. Give this person lots of space until he or she is calmer.

Libra
September 23 – October 22
A rival may suddenly burst on the scene on Tuesday. Rely on your smarts to outwit this person. You’ll be overflowing with charisma when the Moon conjuncts your ruler Venus on Wednesday.

Scorpio
October 23 – November 21
Demonstrate your leadership skills on Tuesday. Don’t be afraid to take charge of a certain matter. Visualize achieving a goal on Thursday. Use the power of positive thinking to realize your ambitions.

Sagittarius
November 22 – December 21
A loved one may try to monopolize your attention on Monday. Let this person know that you’re on a tight schedule! Indulge in a special treat when the Moon sextiles your ruler Jupiter on Tuesday.

Capricorn
December 22 – January 19
Boredom may kick in when the Moon is quincunx your ruler Saturn on Tuesday. It might be time to start a new hobby. A relative will ask you for a loan on Wednesday. Think carefully before writing this person a check.

Aquarius
January 20 – February 18
Your income will increase substantially on Monday. It’s possible that you’ll have the Midas touch! Throw an impromptu party on Wednesday. It’s time to kick up your heels and dance.

Pisces
February 19 – March 20
Your head will be lost in the clouds when the Moon conjuncts Mercury in Pisces on Monday. Look both ways before crossing busy streets. Start a new project on Wednesday. Powerful energy will support the endeavor.

Author syncmagPosted on May 6, 2013May 7, 2013
BIRTHDAYTHIS WEEK Taurus April 25-May20 You may be in a grumpy mood on Monday. Take some time alone until you feel more sociable. Your...
Read More

Author syncmagPosted on May 6, 2013May 7, 2013
BIRTHDAY THIS WEEK Taurus April 25-May20 You seem to be in your element, although you might feel blocked by someone’s refusal to cooperate or...
Read More

Author syncmagPosted on May 6, 2013May 7, 2013
BIRTHDAYTHIS WEEK Aries March 21 – April 19 You’re innovative in your pursuits and eager to get ahead. Stepping on others’ toes might seem...
Read More