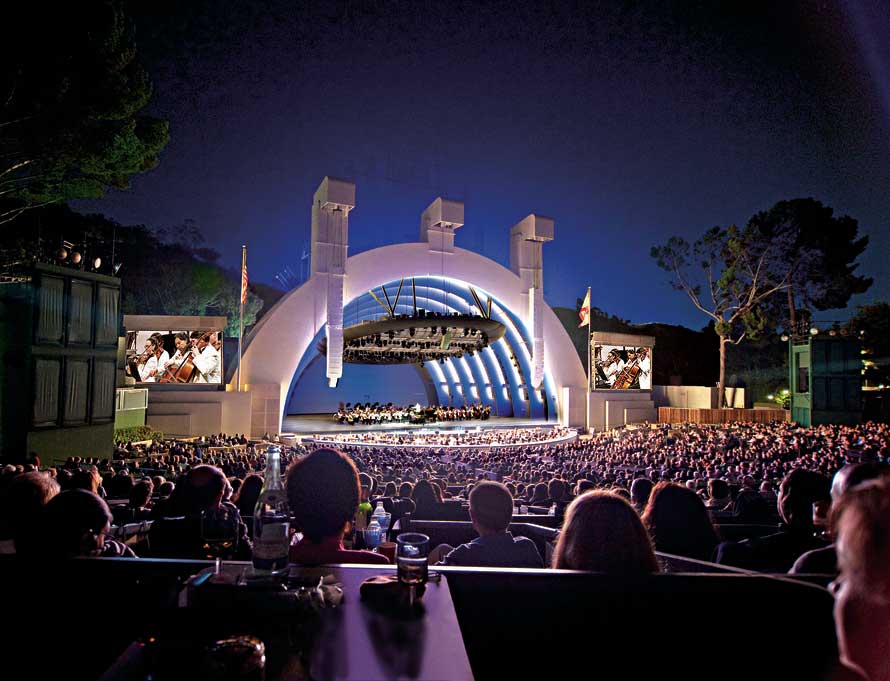 Explore the highlights of the Hollywood Bowl 2016 summer season.

It may only be February, but it’s time to start plotting your tickets for the Hollywood Bowl 2016 summer season. The Los Angeles Philharmonic has just released summer concert highlights, which include:

Opening night with Steely Dan and the Hollywood Bowl orchestra along with fireworks.

The 18th season of KCRW’s World Festival brings concerts from The Silk Road Ensemble with Yo-Yo Ma; Burning Spear; Kurt Vile and The Violators; and the Bloc Party.

Gustavo Dudamel conducts a concert performance of West Side Story and the opera, Tosca.

The Bowl also pays tribute to Ray Charles with a night of performances from Maceo Parker, Christian McBride Big Band and Philip Bailey.

Gustavo Dudamel will be back for the annual Tchaikovsky Spectacular with Fireworks, along with the Los Angeles Philharmonic, American Ballet Theatre and USC Trojan Marching Band.

As any seasoned Hollywood Bowl-goer knows, conjuring the perfect picnic is one of the best parts of the concert-going experience. Hollywood Bowl Chefs Picnic Club packs your summer with free recipes from L.A. best chefs, and their website also offers a hefty archive form summers past.

If you’d rather dine at the Hollywood Bowl, look forward to an all new experience this year. James Beard award-winning Chef Suzanne Goin’s and Restaurateur/Wine Director Caroline Styne’s local restaurants—a.o.c., Lucques, Tavern and The Larder—will be mirrored throughout all of the Hollywood Bowl’s diverse food locations, from the wine bar and the restaurants to the marketplace and concessions. They announced a 10-year contract to provide concessions at the Bowl last fall.

Subscriptions are on sale now and single tickets are available starting May 1.

NASA researcher promises conclusive evidence of life that is extraterrestrial

Author adminPosted on December 2, 2014
Rihanna has always had a bit of a love-hate relationship with Instagram, which kind of explains why she took to Twitter (earlier this month)...
Read More
Sync Tainment
Author syncmagPosted on March 15, 2013April 11, 2013
Emraan Hashmi’s character in his upcoming movie Ghanchakkar is supposedly a die hard fan of actor Mithun Chakraborty. He is playing a thief in...
Read More

Author adminPosted on November 5, 2013November 5, 2013
Pakistani singer Adnan Sami has shot to fame in India for his soulful voice and marvelous singing. However if reports are to be believed...
Read More