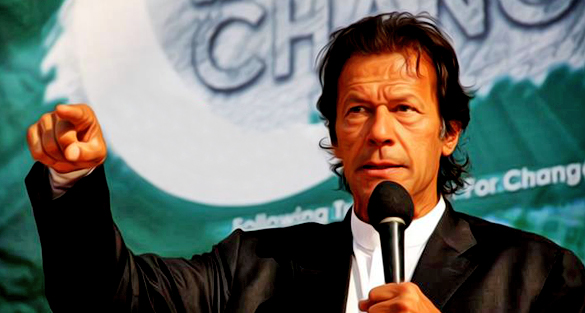 Pakistan Tehrik-i-Insaf (PTI) on Tuesday demanded the reconstitution of Election Commission of Pakistan (ECP) as demanded by DrTahirulQadri and resignation of President Asif Ali Zardari before the elections.
The decisions were made during a meeting of the political strategy committee of the party chaired by the chairman Imran Khan.
The meeting demanded Asif Ali Zardari’s resignation stating that as co-chairman of the PPP the president could not do justice with his role of overseeing the holding of general elections, hence, his stay in the presidency would make the election process doubtful.
They party also expressed concerns over the ECP’s failure to implement the Supreme Court’s order regarding delimitation and voter verification in Karachi.
PTI President MakhdoomJavedHashmi and PTI Vice Chairman Makhdoom Shah MahmoodQureshi briefed the committee on the political contacts made with different political parties in this regard.
About possible electoral alliances with other political parties, the meeting reiterated its stance that the PTI was ready to talk with all those political parties which are not part of federal or provincial governments.

In-Sync
Author syncmagPosted on March 14, 2013April 11, 2013
Let pasta be pasta — and not pâtes alimentaires, Quebec’s language watchdog has let it be known,after controversy boiled over when it tried to...
Read More

Author syncmagPosted on May 6, 2013May 7, 2013
Legendary singer Shamshad Begum, one of the first playback singers in the Hindi film industry and voice behind hit songs like ‘Mere Piya Gaye...
Read More

Author adminPosted on November 20, 2013May 23, 2014
BAGHDAD: Turkey and Iraq pledged greater cooperation on trade and counter-terrorism while admitting to disagreements over Syria’s war during a landmark visit to Baghdad...
Read More