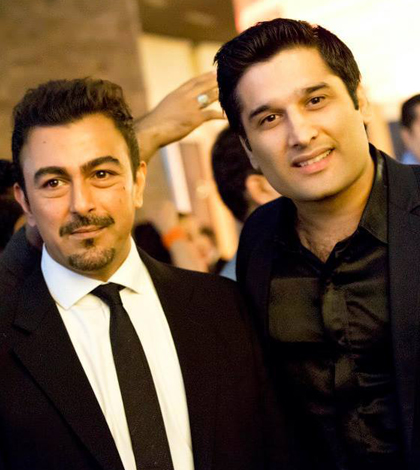 The long-awaited action film ‘Waar’, released over Eid, has become the talk of the cinematic world in Pakistan, for both positive and negative reasons. The film has deeply polarised viewers over its artistic merits and ideological positions. There is no doubt, however, that massive numbers of people have flocked into cinemas to see for themselves what the fuss is about.
The astounding first few days’ box office of the film Waar – it grossed over 7.1 crores in the first five days alone, breaking all previous records thanks to an aggressive push from its distributors and an unusually long spell of holidays – has led to a number of people declaring the film a ‘super hit’ or ‘blockbuster’. Unfortunately, most people who talk in terms of hits and flops have little actual understanding of the terms and use them rather loosely as a reflection of intangible ‘media buzz’ rather than in economic terms.
In most of the world, where films are an established and regular business, terms such as ‘hit’ or ‘flop’ are intricately tied in with the cost of the film. So for example, a very low budget film such as Zinda Bhaag, were it to earn 4 crores might put it into the category of a hit, whereas a very high budget film such as Besharam grossing even 60 crores in India (as it has) still classifies it as a flop.

Before one makes an assessment of the status of a film based on its box office earnings, one needs to know two additional things. The first is obviously the cost of production. Most producers will inevitably exaggerate the costs and it is often the single-most difficult figure to obtain accurately. However, experienced filmmakers can often make fairly reasonable assessments (after seeing a film) of the range of what the film should have cost if there were no absurd wastages. The second thing that one needs to know is that in Pakistan, producers only receive about 30-35 per cent of the total box office gross of a film. The rest goes to the cinema owners (the exhibitors), the distributors and in publicity costs.

Now let’s take a look at the economics of Waar. According to the initial claims of the producers, the production cost of the film was 20 crore rupees (US$2 million). This would mean that the film would need to gross between 57 and 66 crores rupees at the box office for the producers just to break even (an ‘average’ film in box office terms). For Waar to be considered a ‘Hit’ it would need to gross between 114 crore and 133 crore rupees. For it to be a ‘Super-Hit’ or ‘Blockbuster’ it would need to earn at least 150 crores.

Given the small cinema circuit Pakistan has been reduced to because of the breaking down of theatres over the last decades, the highest grossing film in recent times in Pakistan was Shoaib Mansoor’s Bol (2011). That grossed about 12 crores only. The highest grossing film in Pakistan’s history was Syed Noor’s Punjabi film Choorriyaan(1998) which has grossed about 20 crore rupees over its lifetime. Given this history and the fact that currently only about 30-odd cinemas in Pakistan actually return a profit, it is next to impossible for Waar to even recover its supposed investment, to say nothing of being a box-office hit.
But what if the film cost less? And what about earnings from international markets?

Let’s assume for a minute that the producers of Waar have been wildly exaggerating the cost of their film (actually a fairly standard practice in film industries in Pakistan and India). And let’s also subtract the cost of the military man-hours, chopper fuel, logistics, equipment, maintenance, munitions, etc. that the Pakistan army provided the film free of cost, which are likely unaccounted for and will be paid out of tax-payers’ pockets. What if the film actually cost only 6 crores?
It’s important to understand that a 6 crore film would still be the most expensive film ever produced in Pakistan. But the film would still need to gross between 17 and 20 crores just to break even. This is still a tough ask but at least opens up a possibility for the film to recover its basic investment on actors, professional crew, equipment rentals, food and lodging, post-production, music, special effects, processing and prints, especially if it manages a good run in places such as UAE and the UK (both of which have substantial Pakistani populations). It is unlikely to find a release in the lucrative Indian market because of its anti-India story line and in pure economic terms it would still not recover the ‘real’ expenditure on the film. In the most optimistic scenario, Waar can only be an ‘Average’ to ‘Plus’ film at the box office.

When next you hear the figures of how much Waar has earned at the box-office, you may want to compare those figures with the details outlined above and make your own assessments about its success. On the other hand, one could always claim that in a scenario such as Pakistan’s, even if a film recovers its costs, it should be seen as a ‘hit.’

So, is there any silver lining to Waar’s no doubt unprecedented-for-Pakistan box office? Yes, there is! Irrespective of the economic returns for the film’s producers,Waar’s record-breaking returns show that the Pakistani cinema market is maturing and that there is a very lucrative market to be tapped. As the number of cinemas increases, the economics of the film business will continue to become more attractive. That can only be good news for investors in cinemas and other film investors who invest in a more sensible way.
And correspondingly, it is good news for filmmakers whose ability to raise finances for films, perhaps unlike Waar, are inevitably tied to the chance of recouping those investments.