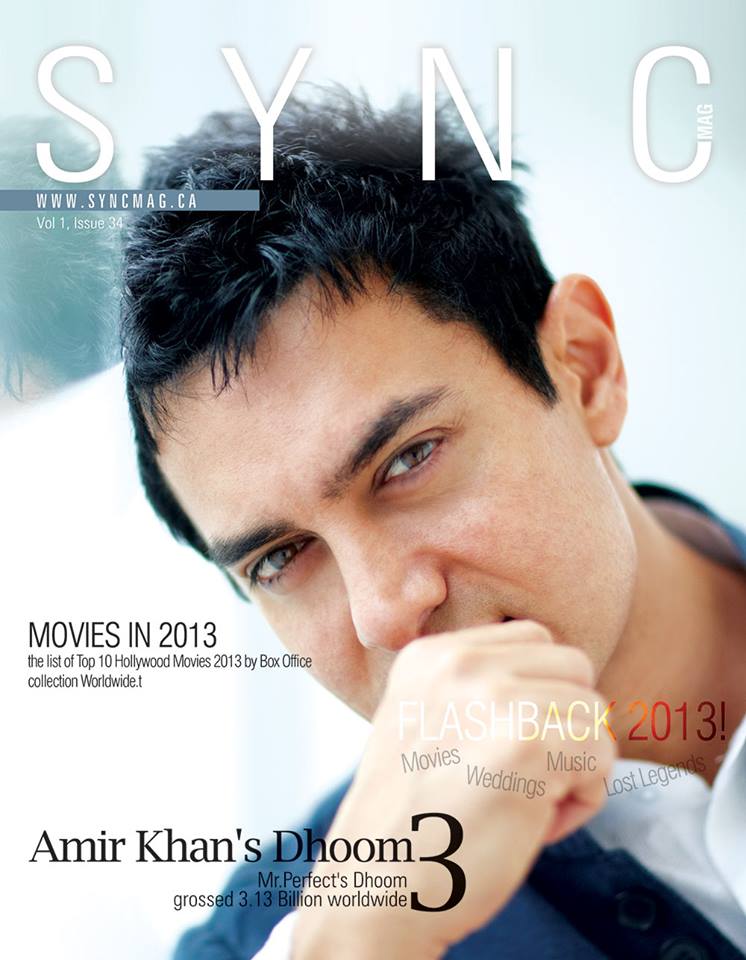 WE ARE EXTREMELY GLAD TO PRESENT YOU YEAR-ENDER ISSUE OF SYNCMAG. We have tried to cover stories and happenings from around the globe.
featuring:
RETRO REWIND CONSISTS OF MOST IMPORTANT INTERNATIONAL HAPPENINGS IN PICTURES, REPORT ON TRENDS THAT RULED THE RAMPS IN 2013, AND OUR MOST ANTICIPATED HIT LISTS CONTAINING YEAR BEST IN ENTERTAINMENT; BLOCK BUSTER MOVIES AND MOST HUMMED SONGS.RUMORS will let u have a sneak peak of whats happening.
For better or for worse Weddings with couples who tied the knot in 2013….
2013 has been an year where we have lost memorable and influential people. So an exclusive tribute to some of the legends who passed away this year.

Share
Tags: couples who tied the knot in 2013,legends who passed away in 2013,REPORT ON TRENDS THAT RULED THE RAMPS IN 2013,slider_post
Preview post

Author syncmagPosted on May 6, 2013May 7, 2013
The Bilz (comprising Master-D and Vicious) enthusiastic fans worldwide.Their & Kashif are a Canadian trio to be reckoned trademark fusion of up-tempo North with...
Read More

Author adminPosted on June 25, 2016June 25, 2016
Dear Readers, The holiday season is in full swing and we wish you fabulous holidays with your loved ones. For the holidays shopping &...
Read More

Author adminPosted on June 25, 2016
Dear Readers, The election days are ahead of us & there is so much buzz in town about the elections that we cannot resist...
Read More

Author adminPosted on August 5, 2013August 5, 2013
Spice things up this month with our incredible July Women Issue: from up close and personal with the President of UN Women National Committee...
Read More

Author adminPosted on June 25, 2016
Dear Readers, We are back with another exciting issue; we hope you’ve enjoyed reading our last issue. We once again put an effort to...
Read More

Author adminPosted on June 25, 2016
Dear Readers, We are back with another exciting issue. Fashion is making waves around the globe and has reached to the heights of glamour...
Read More