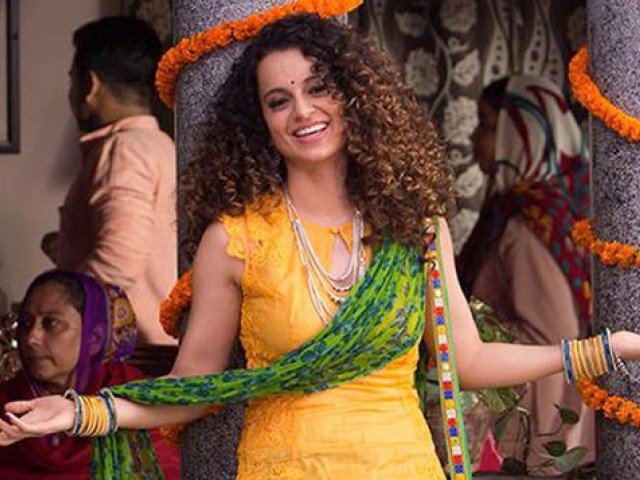 Rumours that post Queen and Tanu Weds Manu Returns, Kangana has signed a film for INR11 crore, have been doing the rounds.

At an event, where Kangana and her Katti Batti co-star Imran Khan were present at a radio station, she was asked about being tagged as the ‘highest paid actress’.

To that, Kangana said: “I think the kind of roles or films I do it literally takes a year… so, I think it is justified.”

Kangana has been in the news for her outspoken personality before too, where she openly at an event said, “Other people’s opinions do not matter to me… if they did, I wouldn’t have lasted till now.”

“If I would have been affected, I would be full of irrational doubts. I do have a strong sense of what can be achieved and what cannot,” the B-Town actress added.

Kangana is definitely playing all her cards well in Bollywood, from acing her roles in recent films, to rejecting endorsements she doesn’t like, to being the highest paid female actor and to be so outspoken. Kangana is set to be big in Indian cinema.

On work-front, Kangana’s Katti Batti along with Imran Khan is a romantic comedy and is set to release September 18.

Author adminPosted on February 6, 2014May 23, 2014
Kareena Kapoor transforms into Maharashtrian Mulgi. The actress who has so far not done too many makeover characters is all set to get into...
Read More

Author adminPosted on May 17, 2013
Actress Kajol says though family responsibilities and her husband actor Ajay Devgn’s film production company has been keeping her busy, she is waiting for...
Read More
Sync Tainment
Author syncmagPosted on March 15, 2013April 11, 2013
Bollywood’s superstar Amitabh Bachchan has asked people to start respecting women and treat them right. He made an appeal to the people to show...
Read More