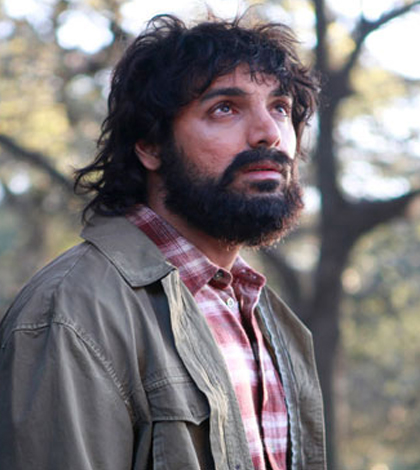 From its very poster that has a map of Sri Lanka imprinted on it to the stage and setting that the film carries, one can see the neighbouring country playing a pivotal part in MADRAS CAFE. While a few wondered how that would eventually attract audience to theatres, its lead John Abraham maintains that the Shoojit Sircar affair has a lot more to talk about than just Sri Lanka.
‘The film is basically about an Indian soldier while the Sri Lankan crises is just a backdrop of it. We were very clear from the beginning that our film won’t have any inclinations or bearings about any country particular, whether India or any other. Having said that, the core of our film is completely Indian. And yes, for the records, the film is not about Sri Lanka,’ says John.

In the film, John plays a RAW agent and while a lot has been written and said about how his take on the affairs is entirely different from the kind that has been played by Salman Khan in EK THA TIGER and Saif Ali Khan in AGENT VINOD, he goes on to provide further details.

‘To start with, RAW agents are absolutely regular people who could well be sitting in a restaurant opposite you and you won’t know who they are. This is the way such agents across the world operate as they have to look regular. They come with these special set of skill that are not visible to normal people,’ he adds.

Sync Tainment
Author syncmagPosted on March 19, 2013April 11, 2013
According to a recent poll conducted by a popular entertainment website, Bipasha Basu got the least votes when asked about the celebrity that want...
Read More

Author adminPosted on December 29, 2014
American singer and actress Selena Gomez and model Kendall Jenner (pictured below) are among the celebrity guests set to attend a New Year’s Eve...
Read More
Sync Tainment
Author syncmagPosted on March 15, 2013April 11, 2013
We all know that Katrina Kaif has been advertising for the soft drink brand,Slice since 2008. Now this time we have Shahrukh Khan, who...
Read More
Sync Tainment
Author Habiba ZamunPosted on November 5, 2014November 5, 2014
The winners of this year’s Asiavision Movie Awards are announced and the makers of the gala award night have assured a star studded event...
Read More