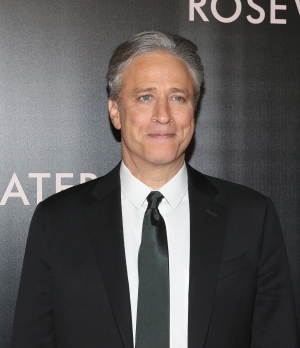 JUST IN: Jon Stewart, the host of Comedy Central’s The Daily Show, will step down later this year.

The comedian said it had “been an absolute privilege” to have been at the helm of the satirical show since 1999. He will leave later this year. “This show doesn’t deserve an even slightly restless host and neither do you,” Stewart told his audience on Tuesday.

Stewart’s show has often been cited as a leading news source for young people, with an average audience of one million viewers. His targets – and his guests – have been politicians and public figures, addressed in tones that are often indignant, or teasing.

The Daily Show has also been a launch pad for several well-known comic performers, including Steve Carell and John Oliver, as well as Stephen Colbert.

“It’s been the honour of my professional life, and I thank you for watching it, for hate-watching it, whatever reason you are tuning in for.”

The host said he was not sure exactly when he would leave, or what he would do next. “I don’t have any specific plans,” he said. “Got a lot of ideas, got a lot of things in my head. I’m going to have dinner on a school night with my family, who I have heard from multiple sources are lovely people.”

In 2013, he took time out to direct a film, Rosewater, about an Iranian-born journalist who was imprisoned and accused of spying.

A late-night satirist who fused pop culture and politics, Jon Stewart has come to enjoy much the same status among younger viewers that anchors like Walter Cronkite achieved in the eyes of their grandparents.

Like the evening news shows of yore, The Daily Show has become appointment viewing, though many people catch it afterwards online, where Stewart’s riffs often become viral sensations and also enjoy a long afterlife.

Part of his appeal has come from launching stinging critiques about the sensationalist tendencies of modern-day American TV news, with the cable networks Fox News and CNN among his favourite targets.

A much-quoted online poll once showed that 44% of respondents looked upon him as the best source for trustworthy news.

line break
Comedy Central has not said who will replace Stewart. Time Magazine urged the network: “After so many years of men hosting late-night shows, a woman at the helm is long overdue.”

In a statement, Ms Ganeless said: “Through his unique voice and vision, The Daily Show has become a cultural touchstone for millions of fans and an unparalleled platform for political comedy that will endure for years to come.

“Jon will remain at the helm of The Daily Show until later this year. He is a comic genius, generous with his time and talent, and will always be a part of the Comedy Central family.”

How to Compose a the Easy Way

Author adminPosted on June 24, 2013
SHAB-E-BARAT is the auspicious night for the Muslims, the night of reverence, fervour and divine blessings is being observed tonight. Shab-e-Baraat, the night of...
Read More
In-Sync
Author syncmagPosted on March 19, 2013April 11, 2013
MONTREAL—It’s a case that drew international headlines and launched the biggest manhunt in Montreal police history. On Monday, a preliminary hearing is set to...
Read More

Author adminPosted on September 8, 2015
SAINT JOHN, N.B. – Jury selection in a high-profile murder case involving one of the most well known business families in the Maritimes begins...
Read More