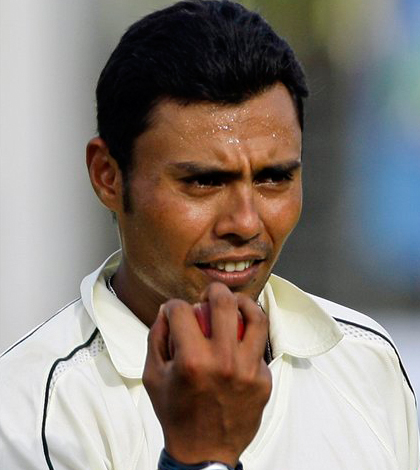 DANISH KANERIA has failed in his appeal to get his lifetime ban from cricket overturned.The Pakistan bowler was given the ban last June for his role in a spot-fixing plot.Kaneria, 32, was found guilty of “cajoling and pressurising” former Essex team-mate Mervyn Westfield into accepting cash in return for trying to concede a set number of runs in an over during a Pro40 match in 2009.The Pakistan Cricket Board said in July that he would be suspended from playing in his home country until the outcome of the appeal was known.Kaneria denied all involvement and immediately indicated his intention to contest the decision.But the ECB today threw out the leg-spinner’s appeal although he could now take the issue to the High Court.The seamer was summoned to appear as a witness, against his wishes, at Kaneria’s appeal after the ECB obtained a witness summons order from the High Court.

Author adminPosted on October 23, 2013
LAHORE: The Pakistan Cricket Board must start paying its players more money for Test appearances, according to top spinner Saeed Ajmal. Ajmal a private...
Read More