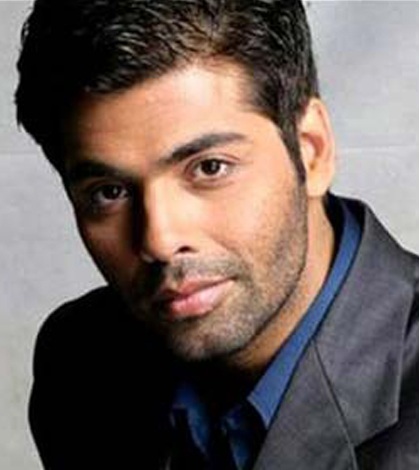 MUMBAI: The famous filmmaker and veteran director of Indian film Industry Karan Johar would play a negative role in the movie ‘Mumbai Velvet’.
The funny and smiling character of Bollywood, Karan Johar is well known for his movie direction and hosting television shows and he has also played side roles in many Indian movies.
The viewers would see Karan Johar, playing the role of villain in the upcoming movie Mumbai Velvet. Lets see how would he perform this challenging role.

Author adminPosted on September 23, 2013
NEW YORK: A friend of Lady Gaga who claimed after serving as her personal assistant for more than a year that the pop singer...
Read More
In-Sync
Author syncmagPosted on March 28, 2013April 11, 2013
KABUL: US Secretary of State John Kerry held a second round of talks with Afghan President Hamid Karzai in Kabul on Tuesday after the...
Read More

Author syncmagPosted on February 13, 2013February 13, 2013
Afzal Guru had written a letter to his wife Tabassum hours before he was executed on Saturday morning in the high security Tihar jail....
Read More

Millions of youth want Rahul gandhi as PM candidate in 2014

Author syncmagPosted on February 4, 2013February 4, 2013
Union Minister Jyotiraditya Scindia on Friday joined the chorus for Rahul Gandhi as Prime Ministerial candidate in 2014, saying the demand not only reflected...
Read More