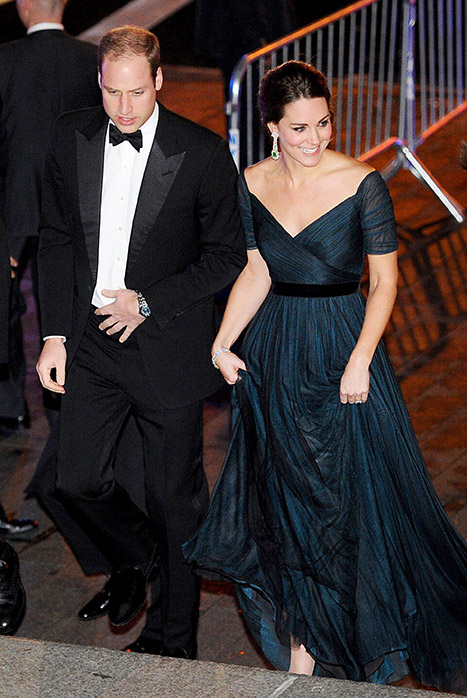 The duchess, who is expected to welcome her second child this April, previously donned the gorgeous silk tulle gown — which features a slim velvet-trimmed waist — in February 2014 and October 2013. Prince William, who gave a touching speech at the dinner, opted for a sleek black tux.

Tonight’s celebration — the final event of the royals’ three-day tour of New York City and D.C. — supports scholarships for students from under-privileged communities and investment in the university for new sports facilities, as well as media, science, and American literature programs. Prince William and Middleton met at the university in 2001. 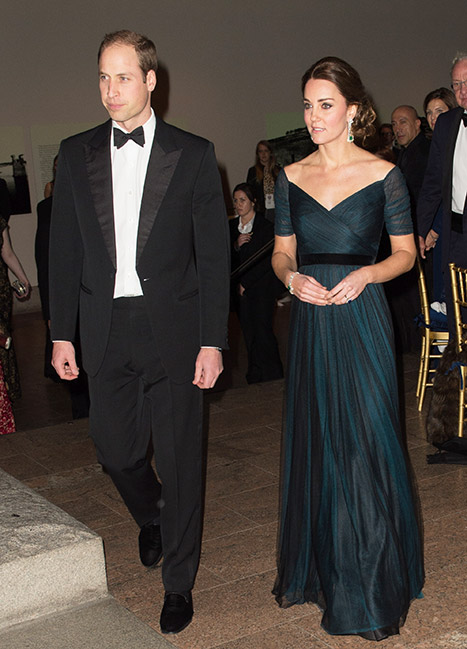 In a letter to the guests, William wrote: “For Catherine and me, it will always be a very special place and we have the warmest of memories of our time as undergraduates and the friends we made there.” 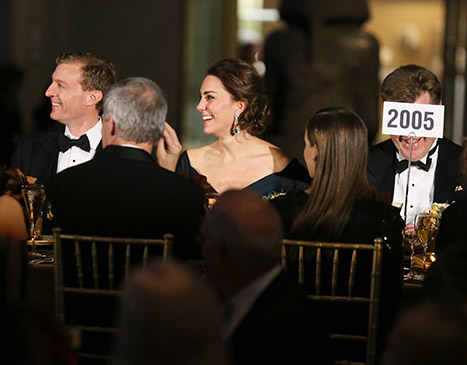 Middleton, who has been bundled in coats for much of the trip, showed off her growing baby bump in the chic floor-length gown. After being greeted by Thomas P. Campbell, the director and CEO of the MET and waving to fans, she made her way into the Met, where the couple greeted a group of St. Andrews alumni dressed in the university’s customary red robes. Prince George’s mom “made a gesture suggesting she remembered the robes from her time at school,” Us Weekly’s European Bureau Chief Omid Scobie reports. 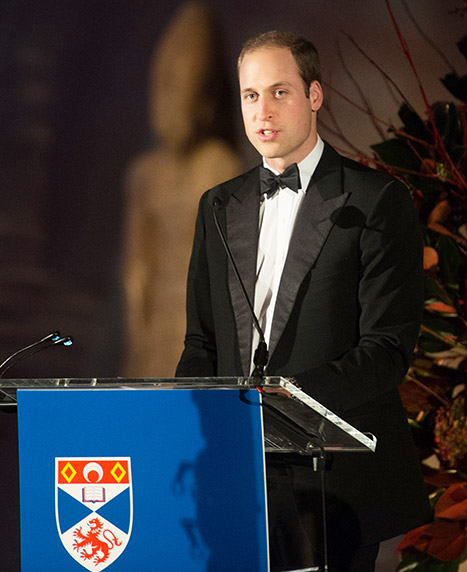 Inside, the royal couple and guests — including celebrities Anna Wintour, Seth Meyers, Mary-Kate Olsen and her fiance Olivier Sarkozy — dined on a three-course meal of potato and leek soup, mushroom-crusted tenderloin of Angus beef, cedar plank Scottish salmon, and truffle-whipped parsnips and potatoes. 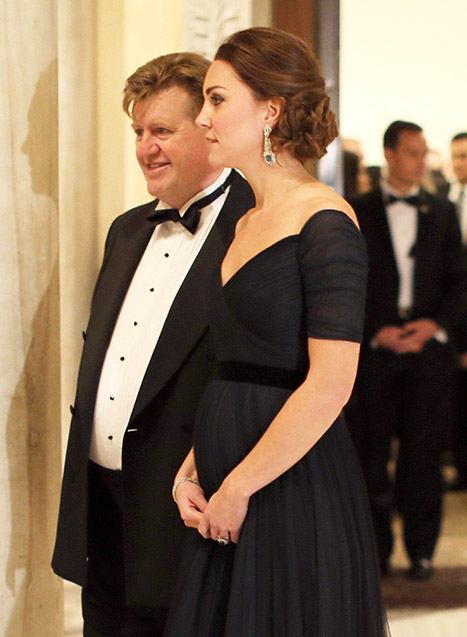 Earlier in the day, the couple — who have been braving the rain — visited the National September 11 Memorial and Museum and attended the Creativity is Great reception, an event focused on the wealth of British talent in the film, fashion, music and art industries based in NYC.

In-Sync
Author syncmagPosted on March 28, 2013April 11, 2013
KABUL: US Secretary of State John Kerry held a second round of talks with Afghan President Hamid Karzai in Kabul on Tuesday after the...
Read More

Author adminPosted on January 24, 2013January 24, 2013
The last couple of years have been a little strange for Shah Rukh Khan. From being Bollywood’s golden child, he went to being much...
Read More
Sync Tainment
Author syncmagPosted on March 15, 2013April 11, 2013
On the occasion of International Women’s Day, falling on 8 March every year, Shahrukh Khan is taking a laudable initiative towards women. King Khan...
Read More
In-Sync
Author syncmagPosted on March 19, 2013April 11, 2013
MONTREAL—It’s a case that drew international headlines and launched the biggest manhunt in Montreal police history. On Monday, a preliminary hearing is set to...
Read More

Author adminPosted on June 18, 2013June 18, 2013
She recently split with Sajid Khan and looks like Jacqueline Fernandez has nothing to be sad about. She hit the bulls eye by replacing...
Read More