Katrina Kaif and Ranbir Kapoor put all speculations about trouble in their relationship to rest with a kiss, a moment that was snapped discreetly by a photojournalist. The picture went viral and also effectively indicated that all was well in the Ranbir-Kat paradise.

However, Katrina Kaif sprang a surprise at the trailer launch on Monday (January 4) by feigning ignorance when asked about the picture. The picture, which has her and Ranbir embraced in a moment of love and kissing each other is eerily similar to the poster of Fitoor involving herself and Aditya Roy Kapoor. When similarities between the real and reel life picture were pointed out to Katrina and asked to comment on her picture with Ranbir, Katrina quizzed, “Where is this picture? Show me na.” 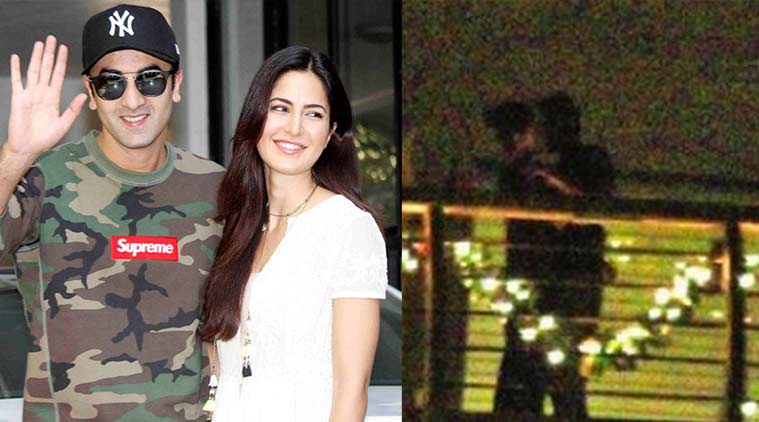 When pointed out that it was out there in newspapers and websites, Katrina exclaimed, ” Oh! It is in newspapers.” On being prodded further about the picture where she is seen embracing Ranbir before locking lips with him, the actress reacted, “Embraced..It’s always nice to be embraced.”

In 2013, Ranbir and Katrina were clicked holidaying in Ibiza, Spain. The picture had the actress in a bikini on a beach with her beau.

Sync Tainment
Author syncmagPosted on March 15, 2013April 11, 2013
Salman Khan is all set to lock horns with Ranbir Kapoor at the box office, this October. Rumors are that Salman’s film Mental has...
Read More

Author adminPosted on November 20, 2013May 23, 2014
A 25-year-old Venezuelan who appears on TV in her country and is an accomplished flamenco dancer is the new Miss Universe. Gabriela Isler was...
Read More
Sync Tainment
Author syncmagPosted on March 25, 2013April 11, 2013
Actress-singer Selena Gomez says seeing college students go wild during the Spring Breakers is the craziest thing she has ever experienced. The actress witnessed...
Read More

Author adminPosted on January 24, 2014May 23, 2014
The Jai Ho! jodi was in the city of gold for the world premier of their movie! The moment Salman Khan walked at the...
Read More
Sync Tainment
Author syncmagPosted on March 15, 2013April 11, 2013
On the occasion of International Women’s Day, falling on 8 March every year, Shahrukh Khan is taking a laudable initiative towards women. King Khan...
Read More