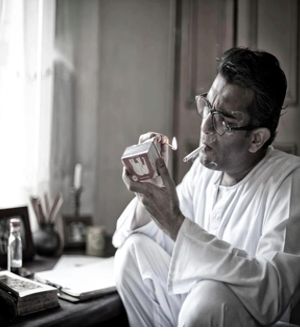 The release of one of the year’s most highly anticipated films, Manto, initially set for 2014, has been delayed.

Speaking to Dawn, director Sarmad Sultan Khoosat, who had announced via Twitter in October last year that the film will release in December 2014, said: “The post-production work resulted in the delay and we’ll now release the film post World Cup.”

Manto-the film….in the final phase of post production….will be released by end of this year inshaAllah!

“The music is done by True Brew Records, with vocals by Meesha Shafi, Zeb, Javed Bashir and Ali Sethi,” Sarmad had shared with Dawn in a previous interview. “Mohammad Hanif has also written a song for me [for the film].”

No release date has yet been announced.

Author adminPosted on December 2, 2014
Rihanna has always had a bit of a love-hate relationship with Instagram, which kind of explains why she took to Twitter (earlier this month)...
Read More

Author adminPosted on May 13, 2013May 13, 2013
Salman Khan, the man behindKatrina’s success in Bollywood is not in the mood to slow down. Reportedly, he has decided to help his ex-girlfriend’s...
Read More