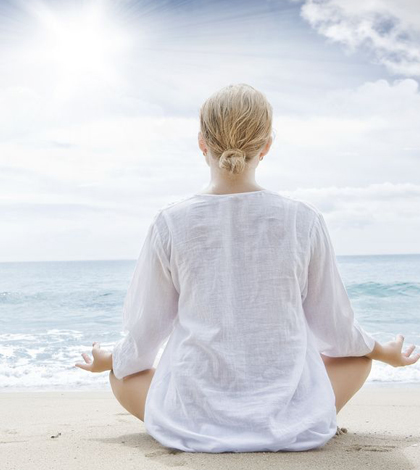 Researchers also looked at its effect on stress and inflammation in older adults.
A simple form of meditation can help stave off feelings of loneliness and may cut the body’s inflammatory response which can trigger serious illness to distressing emotions, a small new study suggests.
Researchers from the University of California, Los Angeles and Carnegie Mellon University in Pittsburgh found that older adults who participated in an eight-week program of mindfulness-based stress reduction which attunes the mind to the present and avoids dwelling on the past or projecting into the future reported a reduced sense of loneliness on an established ratings scale. Blood tests also indicated a significant decrease in the expression of inflammation-related genes.
The study appeared online recently in the journal Brain, Behavior, and Immunity.
Previous research has linked feeling lonely to a heightened risk of heart disease, Alzheimer’s, depression and premature death, and higher levels of inflammation in the body may play a role. The study authors said the new research was the first to show that a psychological intervention that decreases loneliness also cut pro-inflammatory gene expression.Forty adults (mostly women) between the ages of 55 and 85 were randomly assigned to either a mindfulness meditation group or a control group that didn’t meditate. At the beginning and end of the two-month study, all participants were assessed for their feelings of loneliness and blood levels of gene expression for inflammation markers.The meditation group participated in weekly two-hour group sessions, a daylong retreat later in the study and 30 minutes of daily home mindfulness practice. Group sessions consisted of an instructor leading participants in guided mindfulness meditation exercises, yoga and stretching, and discussions designed to foster awareness of participants’ moment-to-moment experiences.The research provided additional clues as to how this form of meditation may affect the health of lonely older adults, the study authors said, although it did not assess whether the reduction in pro-inflammatory gene expression translated into meaningful differences on disease outcomes.”It didn’t measure inflammation directly and didn’t really tell you whether their bodies are producing any more or less inflammation,” said Dr. Jeremy Koppel, a geriatric psychiatrist and research scientist at Zucker Hillside Hospital in Glen Oaks, N.Y.

5 Most Overrated Exercises You Can Stop Doing

Sync Potpourri
Author syncmagPosted on March 28, 2013April 9, 2013
What you eat can have an effect on your mood and metabolism. Discover what you should eat to boost your energy and spirits. By...
Read More

Quebec ‘Charter of Values’ & the Outcomes!

Author adminPosted on June 25, 2016
A new surge in sleep science suggests that 10 minutes of midday shut-eye could be the ultimate wellness-booster. It’s a fact of life: Nonstop...
Read More

THE BEST CELEBRITY HALLOWEEN COSTUMES OF 2014

Author Habiba ZamunPosted on November 5, 2014January 15, 2015
Before we delve into the Christmas mania that Starbucks has already sprung upon us, let us take a look at the best celebrity Halloween...
Read More
Sync Potpourri
Author syncmagPosted on March 25, 2013April 11, 2013
Have you ever felt exasperated when you bumped into someone at the store but absolutely couldn’t remember their name? Sure, it happens to all...
Read More