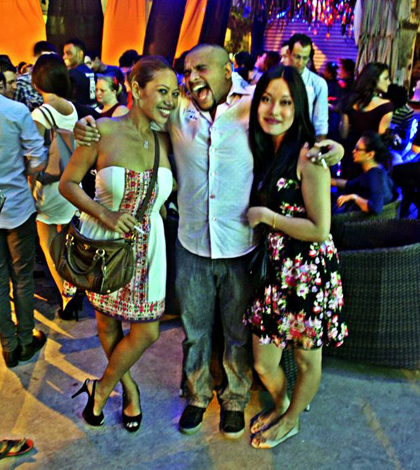 Re-Defining one of Europeans Ancient Cultural celebrations, PUBCRAWLING! Dating from as far back as 1915 where it first started simply defined as a drinking session that moves from one licensed premises to the next. Participants arrange to meet at a certain location, and in-sync move on to allocated spots with the ideology behind it accustomed to meet new people or usually based around occasions such as birthdays or farewells.
With its origin being from UK, it magnified all over Europe and US, innovating into themes and activities, with numbers of masses increasing to set records.
‘World’s Biggest Pub-crawl’ which is held annually in Australia holds the Guinness World Record for the largest pub crawl setting the record of 4,718 participants on June 14, 2009. A Worldwide sensation, this festivity has acquired a celebratory stature.
Danish Brothers, Omar and Jonas Chelbet, both Online Marketing specialists with their experience of the activity and seeing its potential in the Entertainment Hub of Malaysia, the capital, Kuala Lumpur had no idea how BIG this was going to be when they first started the first and Official Kuala Lumpur’s Pub Crawl in October 2012.
In the city where uniqueness in entertainment is always longed for by the public, it did not take long for them to become vastly popular only via social networking on Facebook. Word spread like fire, loyal weekly groups increased to the point they had to hire more guides and from barely a 100 followers on Facebook that number rapidly increased to well over a 1,000 people in no time!
From expats and locals of the city, to the universal travel site, TripAdvisor, The Kuala Lumpur Pubcrawl became one of the Entertainment Highlights for Tourists especially from Europe beside it being a weekly activity for the residents.
A revolutionary twist of purpose from not just being a fun activity but a profound networking platform for professionals to meet informally, get to know each other on a friendly level only to draw out mutually potential opportunities.
All year round, and even on occasions like Christmas and New Years, The Official Kuala Lumpur Pub Crawl does not cease to run, EVER! Themes are set, Guides are in place and ever ready to show you a good time around.
For the constant up rise in Malaysia’s Tourism, for youngsters, couples or anyone of ages above 18 (Non-Muslims), this should always be a highlighted activity you wouldn’t want to miss.
Their Facebook Page is https://www.facebook.com/KualaLumpurpubcrawl where all news and information can be found.
Whenever in Kuala Lumpur and especially if there by yourself, drop by to see the Danish Duo in person, experience an unforgettable night of fun and fiesta with a bunch of people you’ll surely always be connected with .

Sync Potpourri
Author syncmagPosted on March 25, 2013April 11, 2013
Whether you suffer from depression or are just having a case of the winter blues, there are things you can do right now to...
Read More

Author syncmagPosted on May 17, 2013May 17, 2013
Most of us get angry at times — often over things that on reflection seem trivial. But if you are feeling frustrated often, yelling...
Read More
Sync Potpourri
Author syncmagPosted on March 14, 2013April 11, 2013
Technological dynamism, fierce competition and unstable economies have blurred the existing concepts of retirement. Ruchi Kumar finds out why many retirees choose to keep...
Read More