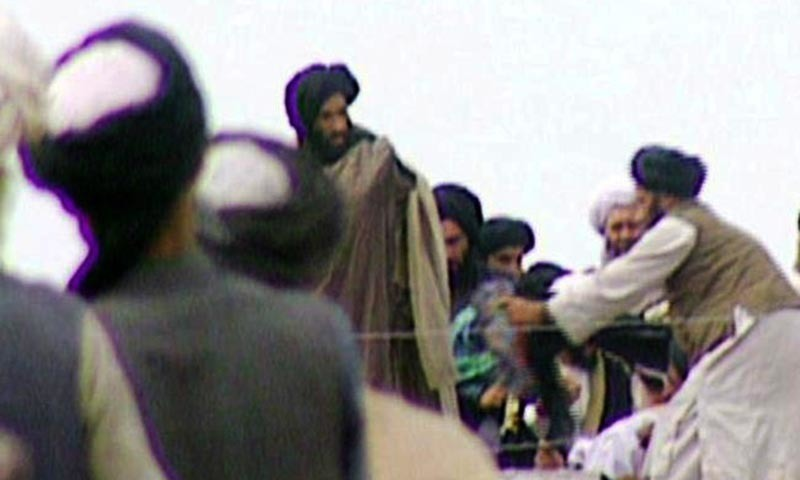 PESHAWAR: Mullah Omar, founder of the Afghan Taliban, died of natural causes in Afghanistan, his son said in a statement calling for unity and quashing rumours about his father’s mysterious death amid a leadership dispute.

The dispute within the Taliban threatens a fledgling peace process with the Afghan government and may open the way for the self-styled Islamic State (IS) to expand its toehold of influence.

The Taliban in July officially confirmed Mullah Omar had been dead for more than two years, after the Afghan spy agency leaked the news.

Many commanders and Omar’s family were unhappy with the appointment. Some question why Mansour concealed news of Omar’s death for two years.

He said it was necessary to preserve unity amid the 2014 North Atlantic Treaty Organisation (Nato) withdrawal.

Rumours have multiplied amid the splits.

“I wanted to assure you that he died a natural death,” Omar’s eldest son, Mullah Mohammad Yaqoob, said in an audio tape released on Sunday night and authenticated by Taliban sources.

“He had been sick for some time but his condition deteriorated,” he said. “We made enquiries from the doctors, it seems he was suffering from HCV (Hepatitis C).”

“He stayed in Afghanistan even after the US-led invasion of Afghanistan. He died there and was laid to rest there.”

The tape, Yaqoob’s first public audio statement, rejected the idea that his father had appointed a successor, in an apparent jab at Mansour.

“He had not appointed any one as his successor,” he said.

Mansour, a strong tactician backed by some of the most powerful field commanders, is said to enjoy good relations with Afghanistan’s neighbour Pakistan, which is often accused of backing the insurgency.

But Mansour’s willingness to join in Pakistan-backed peace talks with the Afghan government this year sparked fears among some commanders, who worry he is too close to Pakistani intelligence officials.

The Afghan insurgents fear Pakistan wants to manipulate their movement for its own ends, worries Yaqoob referred to.

“Our enemy is the US-backed Afghan government,” he said. “There are some Islamic countries which are also standing alongside our enemies.”

Some militias affiliated to the Taliban have already pledged allegiance to Islamic State, the group dominating Iraq and Syria.

“If unity can return with my death, I am willing to carry out suicide,” he said. “We are ready for whatever order the council gives us. We are ready to work in any capacity, whether on a high level or a lower level.”

Author adminPosted on November 18, 2015
NEW DELHI: A former police commissioner of New Delhi, Neeraj Kumar, has claimed in his book that part of the funding for 9/11 attacks...
Read More

Author syncmagPosted on January 16, 2013January 17, 2013
Do I hear Imran Khan fans disagreeing? Ah yes, it’s the tsunami they will unleash that will wipe out the world we know and...
Read More

Priyanka Chopra jets off to Toronto

Author adminPosted on June 18, 2013
MUMBAI: The famous filmmaker and veteran director of Indian film Industry Karan Johar would play a negative role in the movie ‘Mumbai Velvet’. The...
Read More