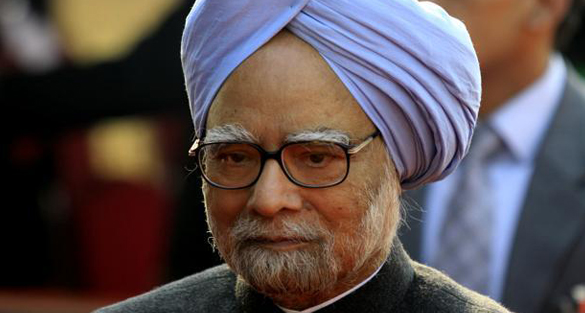 Gujarat chief minister NarendraModi met Prime Minister Manmohan Singh on Wednesday and expressed his unhappiness over the Centre’s refusal to provide gas to the state at the same price at which it is given to Mumbai and Delhi.”It was a very good meeting and we had a long discussion during which several different issues came up. The Prime Minister gave his good wishes for the development of Gujarat and the success of the new government. I gave an assurance that Gujarat will give full support to all measures taken for the welfare of the people,” Modi said.He was talking to reporters after an over hour-long meeting with the Prime Minister at his residence. This was Modi’s first meeting with Singh after his victory in the Gujarat assembly elections in December last.In a memorandum submitted to the Prime Minister, Modi demanded that Gujarat be provided gas at the same rate as places like Delhi and Mumbai.

Author adminPosted on October 24, 2013
Malala Yousafzai, the 16-year-old Pakistani advocate for womens rights and access to education, appeared on the Daily Show last night, ahead of Friday’s announcement...
Read More