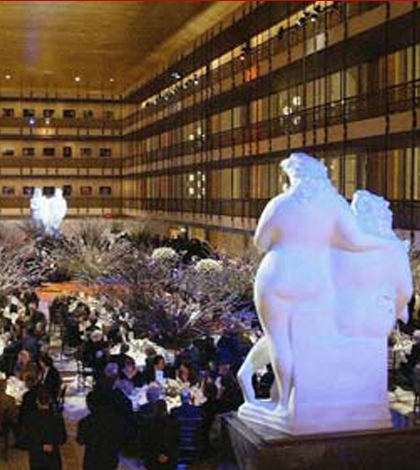 NEW YORK CITY: The New York City Opera said Tuesday it would close and file for bankruptcy after 70 years, having failed to secure desperately needed millions through an emergency fund-raising appeal.

The second opera company in the city considered the cultural capital of the United States opened in 1944 and had set out to make the art more accessible and affordable to the masses.

But the deadline on an emergency appeal expired at midnight Monday with the company collecting only $2 million of the $7 million it needed to keep its doors open.

“New York City Opera did not achieve the goal of its emergency appeal,” spokeswoman Risa Heller said in a statement.

“Today, the board and management will begin the necessary financial and operational steps to wind down the company including initiating the Chapter 11 process,” she added.

The company’s board decided last week to file for bankruptcy if the sum was not met.

But it has suffered financial difficulties for a number of years. In 2010, the company was forced to move out of the Lincoln Center to Lower Manhattan and reduce its number of productions.

The company on Tuesday announced an end of a $1 million fundraising campaign on Kickstarter, which only managed to raise $300,000, and the cancellation of the 2013-14 season.

Set up with the encouragement of then New York mayor Fiorello La Guardia, who dubbed the company “the people’s opera”, current mayor Michael Bloomberg, has been reluctant to get involved.

While he said he would be “sad” if the opera company closed, neither the city administration nor his private foundation would save it, The New York Times reported on Monday.

“The business model doesn’t seem to be working,” he was quoted as saying.

Saturday’s performance of Mark-Anthony Turnage’s “Anna Nicole” at the Brooklyn Academy of Music (BAM) was the company’s last. Some of the musicians were in tears at the end of the evening.

The production had been the US premiere of an opera based on the life and death of the model and actress Anna Nicole Smith, who died of a sedative and prescription drugs overdose in 2007.

The opera was billed on the company’s website as confronting the “issues of modern celebrity, greed and exploitation”.

BAM paid tribute to NYCO and said it was “saddened” by the news.

“New York City Opera has been an adventurous cultural colleague and has brought wonderful productions to BAM’s opera house stage over the past few years,” executive producer Joseph Melillo said in a statement.

“Anna Nicole was a resounding success for both our institutions. We are saddened by their situation and the difficult decisions they are making at this time,” he added.

“I am only one among many, many singers who have had essential early training and encouragement with this company over the 70 years of its existence,” he was quoted as saying by The Wall Street Journal.

“I think it’s terrible that a city as big and as wealthy as New York can’t support a second major opera company — one that is able to take risks with repertoire, engage relatively inexperienced singers, and make other experiments,” Domingo said.

NYCO, which also offers educational programs for children, was at the Lincoln Center from 1966 to 2010.

Author syncmagPosted on January 24, 2013January 24, 2013
The decision came in the wake of a tragedy when his wife Natasha had a miscarriage in December. Fardeen K had already sent his...
Read More

Author syncmagPosted on May 6, 2013May 7, 2013
Pakistan cricket icon Wasim Akram demanded privacy and respect from fans and media alike Friday, calling for an end “once and for all” to...
Read More