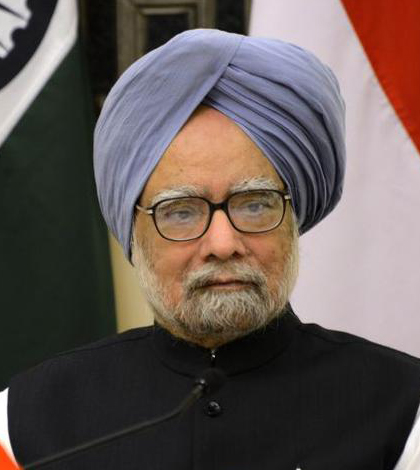 New Delhi: With a series of scams battering the government, Parliament was paralysed again today as an aggressive Opposition demanded the resignation of Prime Minister Manmohan Singh and Union ministers P K Bansal and Ashwani Kumar.Meeting in the backdrop of Congress rejecting the demand for resignation of the Railway Minister and the Law Minister,Lok Sabha and Rajya Sabha saw two adjournments before lunch break.
Parliament has not been able to function since the second phase of the Budget session started on April 22.Disorder was the order of the day as the two Houses assembled at 11 am after a weekend break during which Bansal came under a cloud after the arrest of his nephew by CBI on bribery charges in connection with a plum posting in Railways.The twin issues of coal scam and allegations of bribery in connection with senior-level postings in the Railways took prominence as BJP and Left members stormed into the Well in Lok Sabha and BJP in Rajya Sabha.The protests were more marked as the proceedings were held close on the heels of the CBI Director admitting before the Supreme Court that certain changes were made in the coalgate draft report on suggestions given by Kumar and officials of the PMO.

Author adminPosted on November 18, 2015
RIYADH: Saudi Arabia’s Civil Defence says thunderstorms and flooding along the Red Sea coast have claimed the lives of 12 people over the past...
Read More
In-Sync
Author adminPosted on April 17, 2013
Margaret Thatcher, the “Iron Lady” of British politics, who set her country on a rightward economic course, led it to victory in the Falklands...
Read More

Author adminPosted on May 27, 2013
WASHINGTON: President Barack Obama’s administration has decided to give the Pentagon control of some drone operations against terrorism suspects overseas that are currently run...
Read More
In-Sync
Author syncmagPosted on March 25, 2013April 11, 2013
Teppothsavam one of the most pictorial festivals of Sri Parthasarathy Temple is being held now. The festgenerally begins from the New Moon day during...
Read More