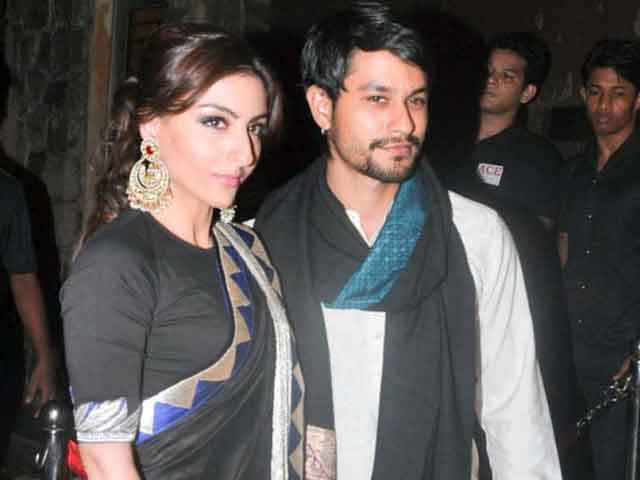 After Salman Khan’s sister Arpita’s grand wedding, the next A-List marriage around the corner is that of Pataudi beti, actress, Soha Ali Ali Khan, and actor Kunal Khemu.

According to a report in DNA India, the wedding will take place on January 25 with close friends and family of the couple in attendance. Soha’s illustrious family includes mother Sharmila Tagore, brother Saif Ali Khan and sister-in-law Kareena Kapoor.

The report also quotes another friend of the couple as saying that the wedding will be a huge event. “How can a wedding in the Khan-Tagore parivar be simple? Even the Saif-Kareena wedding was meant to be attended by just a selected few. Soha and Kunal have planned an austere wedding on January 25. But we feel it will finally turn into a big fat wedding,” he says.

While announcing their engagement in July, Soha had revealed that Kunal proposed to her in true filmy style in Paris “with the most perfect ring in the world.”

The Rang De Basanti actress had earlier revealed in an interview that her mother started planning the venue and menu for the wedding soon after the engagement. “She is a wonderful events planner. She had been planning my marriage for a long time. Now that there’s a name for the groom on the invitation card, she’s all set. Now we need to think about what kind of a wedding, when,” she had said.

Soha and Kunal reportedly lived together for five years before they got engaged.

Saif and Kareena married in October 2012 in a series of celebrations attended by Bollywood and political bigwigs. Soha’s wedding could be as grand an affair.

Author syncmagPosted on February 13, 2013February 13, 2013
An audience member pre question remarked to Anil Kapoor, “I keep get older and you keep get younger.” Laughter all around, the statement was...
Read More