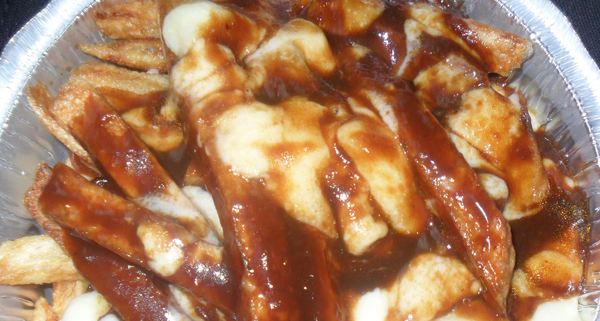 You’d think we have enough to deal with considering the way this week has unfolded thus far: More allegations of widespread corruption before the Charbonneau inquiry, bursting water mains that turn downtown Montreal into a lake in mid-winter and quietly increasing parking taxes. But considering the story we’re about to publish in Wednesday’s edition of The Gazette, it looks like things just took a turn for the worse.This Friday marks the start of Poutine Week, an event that falls somewhere between a competition and a sacrilege as 30 Quebec restaurants try to re-think a culinary classic of this province rather than do the right thing and leave well enough alone. Don’t get me wrong, I’ve seen the standard issue poutine serving enhanced by chopped hot dogs, smoked meat strips and, in one case, slices of barbecued chicken. But scattered flower petals on top of the sauce? Stilton instead of squeaky curd cheese? Red wine and foie gras in the gravy? Don’t pinch yourself, you’re not having a waking nightmare, this is actually happening.

Author adminPosted on January 2, 2014May 23, 2014
Dubai: Dubai shattered the world record for the largest ever pyrotechnic display on New Year’s Eve with a show involving more than half a...
Read More
In-Sync
Author syncmagPosted on March 25, 2013April 11, 2013
KARACHI: All Pakistan Muslim League head Gen (retd) Pervez Musharraf, who is returning to Pakistan on March 24, has entered into an electoral alliance...
Read More

Author syncmagPosted on May 13, 2013May 13, 2013
DUBAI: A fan jumped on stage at a Justin Bieber concert in Dubai, sparking a scramble as guards tackled the youth and toppled a...
Read More

Author adminPosted on September 17, 2015
SANTIAGO: A magnitude 8.3 earthquake struck off the coast of Chile on Wednesday, killing at least five people and slamming powerful waves into coastal...
Read More