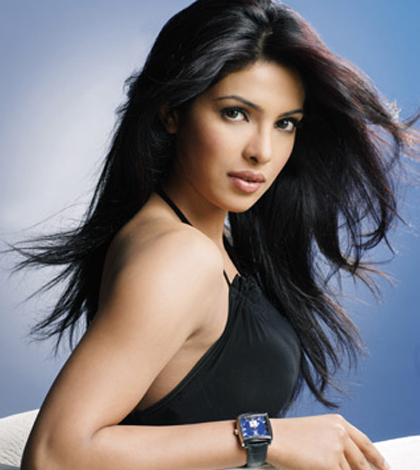 While she is gyrating to the tune of ‘Pinky Hai Paise Waalon Ki’ in ZANJEER, Priyanka Chopra is well aware of the kind of space and setting that the Ram Charan Teja starrer belongs to. It is apparent that after a rather heavy duty BARFI!, she had quite some fun during the making of Apoorva Lakhia directed film, before she moved on to relatively challenging MARY KOM flick.
“Well yes, I have done this kind of a movie after a really long time,” says Priyanka who has indeed let her hair down in ZANJEER, “My character is really a lot of fun. See, old ZANJEER was in a very serious space but then Jaya ma’m was a lot of fun. She was quite spunky in there and I wanted that essence to be retained in today’s version.”

Needless to say, she couldn’t have stepped into the ‘chaaku-churi’ zone for the remake and hence has played a much more contemporary character in the film.

“Yes,” she agrees, ‘Mala (name of her character) is the relief factor of the movie. I especially had a lot of fun doing ‘Pinky’. I love dancing and it is a ‘sangeet’ situation in the film. In an action film, it lightens up the mood.”

ZANJEER releases all over on 6th September.

'Satyagraha' Brought Actress Out In Me: Amrita Rao

Author adminPosted on August 20, 2015August 20, 2015
It is not rocket science to say that Salman Khan and social initiatives always go hand in hand. And his role in the film...
Read More

Author adminPosted on October 23, 2013
Though the Kapoor lad is playing a supporting role in the film, he says the film belongs to its lead actors Ranbir Kapoor will...
Read More

Author adminPosted on August 10, 2015August 10, 2015
Pakistani actor Fawad Khan has finally broken the silence about his much talked-about kissing scenes with Alia Bhatt and his reasons for his rejection...
Read More