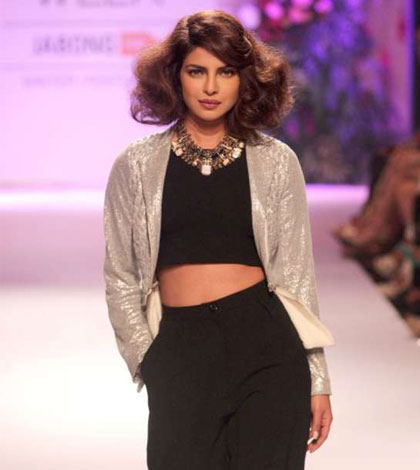 Here’s some buzz on the SERIOUS talk Priyanka and Parineeti Chopra recently had. Apparently, PC had closeted herself away with Pari to advise her on her choice of roles!

A friend of the family says that Priyanka feels Pari is not doing justice to herself as an actress (considering she’s so good) and is choosing same type of boring roles! The friend adds, “Priyanka feels her cousin has the calibre to essay a variety of roles, so she shouldn’t be getting stuck with a certain image.”

The latest, we hear, is that Pari is looking for an action film to sign on! Is that inspired by Priyanka’s Don series???

Write Your Essay on Artificial intelligence: can it ever have a position belonging to the human brain?

Author adminPosted on February 6, 2014May 23, 2014
Kareena Kapoor transforms into Maharashtrian Mulgi. The actress who has so far not done too many makeover characters is all set to get into...
Read More

Do Not Call Me Ugly: Miley Cyrus To Haters