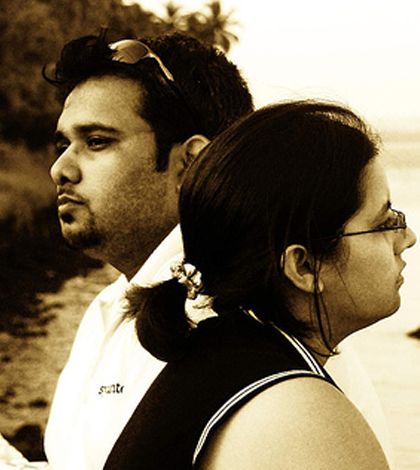 What do you need to think about before calling it quits? The experts weigh in.

1. Do I have a hard or a soft problem?
If you have what marital therapists call a “hard” problem, for example, your spouse is abusing you or has untreated addictions then you need to get out of the situation immediately. But let’s say you’re like most people in a tough relationship, and, on thinking about ending things find yourself saying things such as, “We’ve grown apart,” or “We’re just not in love anymore.” That’s code for another, unrecognized problem. Are you lonely or feeling isolated? Do you feel disliked, criticized or ignored? If you don’t know the specifics of what’s making you unhappy, it’s pretty hard to figure out the specifics of what will make you happy—whether these things have to do with your current partner or anybody else.

2. Am I already divorced?
Maybe you’re living this scenario: You stay late at the office then meet with friends for a book club or a new play downtown. Meanwhile, he goes to the gym after work; then, he watches CSI and goes to sleep long before you get home. This goes on for a few years—or 10 or 15. At that point, a divorce feels like just a formality. The natural assumption is: well, if we’re already split up emotionally, why not just take the plunge and do it legally? But that’s the time to stop and ask, “What’s the rush now?” An official call for a breakup, she feels, is actually a call to fix the marriage, because a divorced relationship (read: a distant relationship) has become your norm and nobody comes into a counseling session looking to do more of what they’re already doing. It’s crucial—and often illuminating—to investigate why the two of you haven’t already ended your relationship. Yes, there may have been obligations, such as the kids or financial security, but was there something else, also? And is it still there?

3. How often do I use the verb deserve?

By the time couples bring up the d-word, most are pretty convinced they’ve done everything they can to save their relationship. That’s often not so. For example, try asking yourself how frequently you say to yourself, “I deserve to have a partner who earns 50 percent of the household income,” or “I deserve to have a partner who shows up on time,” or “I deserve” anything else on that long list of characteristics and behaviors you long for in a partner. You are worthy of someone who does most of these things. But no one gets a partner who does all these things. The more often you tell yourself what you deserve, the more you create a kind of dream spouse that overshadows the real one—the one you need to really evaluate. Could you find a way to live with some of his most-challenging qualities without “damaging your human dignity?” Assuming he’s a good person overall who does some things that drive you nuts—and he’s not a big, mean jerk, because big mean jerks do exist—finding a way to co-exist with those very un-dreamy problems is actually what’s involved in doing everything you can to save the marriage.

4. How afraid am I of not knowing?
One of most tortuous parts of a failing marriage is the wondering: Are things going to get better or worse? Are they going to stay the same? Is he (or she) going to change? Are you? Many couples go right to divorce, because they can’t stand the uncertainty. It’s easier for them to choose to break up—and to endure all that pain—than to stay in the situation without a guarantee that things will work out. (This is sort of like quitting a job because you can’t stand worrying about getting laid off anymore.) Yes, deciding to leave ends the worry. And yes, taking that step provides relief. But it’s a distraction-based decision, one that’s not about the divorce but about the anxiety over the divorce. Confronting the possibility that fear is the prime mover in your decision can save you from possible regret.

5. Can I feel even in the tiniest snippet of love?
Whether you decide to leave, or to stay in the marriage, you have to be able to love your spouse again. Think about it this way: Leaving when you’re still so angry and upset that you can’t remember the time your husband tickled you silly in order to make you relax before dinner with his parents, means that all you’re taking with you into your new life is exactly that—rage and pain. You’ll still be yelling at him in your mind for years, long after he’s gone. Walking away with some kind affection for him—in addition to all those other more tumultuous feelings—can help ensure some peace of mind for you—and for any other family members or children involved. Likewise, if you decide to stay, you’ve also got to remember those very same things to make the relationship work again. Is he funny, as well as irresponsible? Kind, as well as a little arrogant? Love for the person—especially at the moment you’re least likely to feel love for him—is a sign that your decision to stay is one of those longed-for, sought-after, impossible-to-fake times in life when you know you’re doing the right thing.

HOW TO MAKE YOUR PARENTS UNDERSTAND YOU BETTER

Author adminPosted on November 2, 2016September 14, 2017
21st century has brought an immense and insanely huge change to the generation of generations. In the world of fastest growing technology and humongous...
Read More

Author adminPosted on August 5, 2013August 5, 2013
• Eat A Green Dinner No, your food doesn’t have to be all green — although that would be pretty impressive! Stop at the...
Read More

Quick Tips for Discussions and Disagreements

Author adminPosted on October 24, 2013
Conflict can arise whenever people – whether close friends, family members, co-workers, or life partners- disagree about their perceptions, desires, ideas, or values. These...
Read More

Author adminPosted on February 7, 2014May 23, 2014
Nowadays, people who say that long-distance relationships are a no-no and that 99% of the people who go through it don’t make it are...
Read More

Author adminPosted on November 20, 2013May 23, 2014
1. Express Yourself One of the foundations of a healthy relationship is being able to express your feelings to your partner and learning how...
Read More

The Mantra of Perfect Couples….