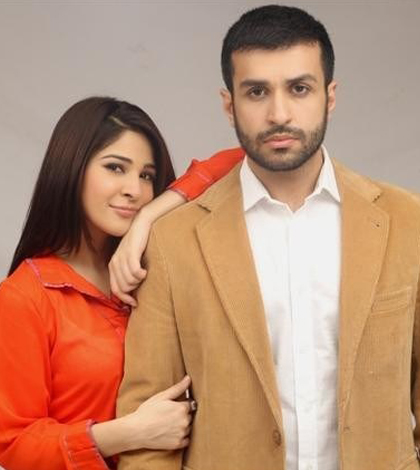 Conflict can arise whenever people – whether close friends, family members, co-workers, or life partners- disagree about their perceptions, desires, ideas, or values. These differences can range from trivial to more significant disagreements, but regardless of the content of the disagreement, conflict often stirs up strong feelings. You just need to follow some basic guidelines (given below) to help keep your disagreements from becoming entrenched or destructive.

1. Begin with the intention to resolve the issue.
If both spouses have this intention and plan to consult together, it is more likely that there will be a successful resolution.

2. Remain calm.
Try not to overreact to difficult situations. By remaining calm it is more likely that others will consider your viewpoint.

3. Remember that it takes two to quarrel.
If only one person chooses not to argue, there will be no argument. Generally, the one who is wrong does most of the talking.

4. Be specific about what is bothering you.
Vague complaints are hard to work on.

5. Both spouses should not be angry at the same time.
If one of the spouses becomes upset, it is best if the other tries to remain calm and collected.

6. Deal with only one issue at a time.
Don’t introduce other topics until each is fully discussed. This avoids the “kitchen sink” effect where people throw in all their complaints while not allowing anything to be resolved.

7. No hitting below the belt.
Attacking areas of personal sensitivity creates an atmosphere of distrust, anger, and vulnerability.

8. Avoid accusations.
Accusations will lead others to focus on defending themselves rather than on understanding you. Instead, talk about how someone’s actions made you feel.

9. Never yell at each other unless the house is on fire.
Of course, house fires do not occur very frequently; yelling should occur at about the same rate.

10. Try not to generalize.
Avoid words like “never” or “always.” Such generalizations are usually inaccurate and will heighten tensions.

11. Don’t stockpile.
Storing up lots of grievances and hurt feelings over time is counterproductive. It’s almost impossible to deal with numerous old problems for which recollections may differ. Try to deal with problems as they arise.

12. Avoid clamming up.
Positive results can only be attained with two-way communication. When one spouse becomes silent and stops responding to the other, frustration and anger can result. However, if you feel yourself getting overwhelmed or shutting down, you may need to take a break from the discussion. Just let your spouse knows you will return to the conversation as soon as you are able and then don’t forget to follow-up.

13. Never go to sleep with an argument unsettled.
This is one of the worst things that can happen in a marriage and should be avoided as much as possible. This allows hurt feelings and thoughts to linger and generally exacerbates the problem.

14. If one spouse needs to win let it be your mate.
Do not focus on winning yourself; this is the main reason that discussions tend to become heated.

Author adminPosted on September 28, 2016
Secret No. 1: Enjoy Each Other The essence of a happy family is that they truly uplift each other and that all comes down...
Read More

Author adminPosted on August 5, 2013
For the Dad Who Has Everything Struggling to pick out the perfect Father’s Day gift? Well your man-of-the-year is sure to love one of...
Read More

Author adminPosted on February 4, 2014May 23, 2014
1. Time-out While there are many couples who like to resolve their issues before calling it a night, even if it keeps them up...
Read More

The Mantra of Perfect Couples….

Author adminPosted on November 20, 2013May 23, 2014
1. Express Yourself One of the foundations of a healthy relationship is being able to express your feelings to your partner and learning how...
Read More

Is It Ever A Good Idea To Have A Secret Relationship?

Author syncmagPosted on May 6, 2013May 9, 2013
Don’t Get Caught Up In The Excitement Initially, it may all seem like a naughty fantasy; one that sees you acting outside of your...
Read More