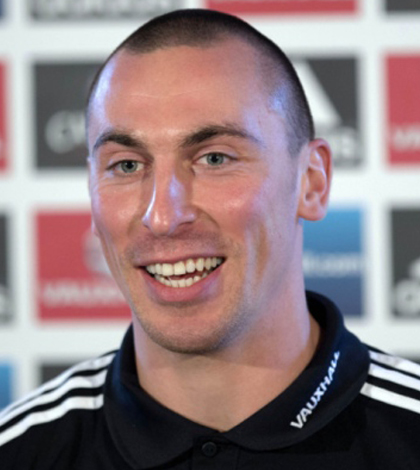 BARCELONA – Nico Rosberg grabbed pole position as his Mercedes team completed a hat-trick of qualifying successes by sweeping the front row Saturday for Sunday’s Spanish Grand Prix. The 27-year-old German clocked a dazzling best lap time of one minute and 20.718 seconds to outpace his nearest rival and Mercedes team-mate Briton Lewis Hamilton by two-tenths of a second. It is the third pole of his career.

After poles secured by Hamilton in China and Rosberg in Bahrain, this was a magnificent treble top for the resurgent Mercedes outfit as they outclassed their rivals at the Circuit de Catalunya. Defending triple drivers world champion German Sebastian Vettel gave his best for Red Bull to qualify third ahead of Finn Kimi Raikkonen for Lotus, local hero and two-time champion Spaniard Fernando Alonso and his Ferrari team-mate Brazilian Felipe Massa.
Frenchman Romain Grosjean was seventh in the second Lotus ahead of Australian Mark Webber in the second Red Bull, Mexican Sergio Perez in the leading McLaren and Briton Paul di Resta of Force India. Perez’s McLaren team-mate Briton Jenson Button flopped again and qualified only 14th despite major modifications to their car. On a mild and windy Spring day in Catalonia, with an air temperature of 20 degrees Celsius and a track temperature that hovered around 36 degrees, the session began slowly before Raikkonen set an early fastest lap.
After a short delay, the major teams emerged and Alonso thrilled his fans by going quickest before a final flurry in Q1 ended with Hamilton on top ahead of his Mercedes team-mate Rosberg and Vettel. At the bottom end of the field, last year’s triumphant Williams team saw both of their drivers fail to make the cut to Q2 and Venezuelan Pastor Maldonado, on pole in 2012 before winning the race, exiting after claims from Button that the Latin American had blocked him.
Out with Maldonado went his team-mate Finn Valtteri Bottas, Dutchman Giedo Van Der Garde of Caterham, the two Marussia drivers – Frenchman Jules Bianchi and Briton Max Chilton – and Frenchman Charles Pic in the second Caterham. The Williams team’s newly-appointed deputy team chief Claire Williams said: “It’s not why we come racing – to not get any drivers into Q2, but we are not going to panic. It’s so competitive in F1 these days.”
Maldonado said: “It’s so different to last year… It is so difficult to do my best and the car is difficult to drive. It is a worrying situation.” Both Lotus men were out early for Q2 with the two Saubers and Red Bulls, all trying to clock a banker lap and make the cut to the top ten shootout in front of a big crowd of Spanish fans backing Alonso. German Nico Hulkenberg, for Sauber, went top before Alonso took control to local delight Vettel, and then Hamilton, showed their true pace, the Englishman six-tenths faster than the rest in his Mercedes.
At the other end of the field, it was a desultory day for Button, who not only failed to beat his team-mate, but also failed to make the cut and wound up 14th and eliminated. This meant he qualified behind 11th-placed Australian Daniel Ricciardo and his Toro Rosso team-mate Frenchman Jean-Eric Vergne and German Adrian Sutil of Force India but ahead of the two Saubers of Hulkenberg and Mexican Esteban Gutierrez.
The shootout began with Hamilton’s team-mate Rosberg setting the pace with another blinding lap in 1:20.824 as the Mercedes team signalled intent to secure a third successive pole this season. Only five cars clocked times before the final flurry, leaving all ten to contest the prime starting positions in the closing three minutes of the session – a prospect that had the spectators on the edge of their seats again for the final drama.

Sync Sports
Author adminPosted on April 17, 2013October 23, 2013
DHAKA: Inspired by the unique painted rickshaws which pack the streets of the Bangladesh cities, the logo for the ICC World Twenty20 2014 was...
Read More

Author adminPosted on February 4, 2014May 23, 2014
GRENOBLE, France: Fans of Michael Schumacher gathered Friday for a silent vigil for the Formula One legend’s 45th birthday as he lay in a...
Read More
Sync Sports
Author syncmagPosted on March 15, 2013April 11, 2013
Margaret Purdy of Strathroy, Ont., and Michael Marinaro of Sarnia, Ont., won the silver medal in pairs on Thursday at the world junior figure...
Read More