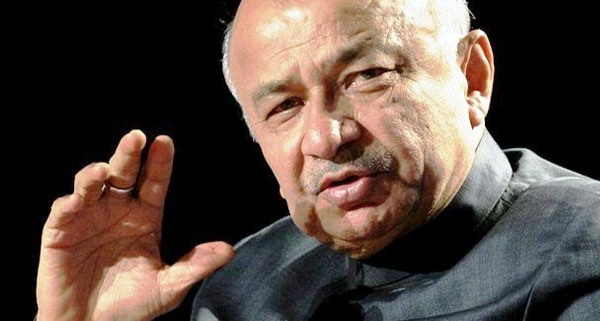 New Delhi: The opposition BJP today demanded that Home Minister Sushil Kumar Shinde be sacked for alleging that the BJP and its ideological parent, the RSS, promote terrorism at their camps. The Prime Minister and Congress president Sonia Gandhi must apologise for the insult, BJP spokesperson Ravi Shankar Prasad said. “The BJP will not tolerate this repeated insult of Hindu and saffron traditions of India,” said Mr Prasad. “He is a light-weight Home Minister making lightweight remarks, but since he spoke in the Prime Minister’s presence, it has to be taken seriously,” the spokesperson said, adding that since Mr Shinde is the Leader of the House, his comments could seriously damage the government’s fragile relationship with the opposition in Parliament, which leads frequently to a complete gridlock. But Parliamentary Affairs Minister Kamal Nath was unmoved. “The Congress fully backs Shinde… his statement is a fact,” Mr Nath said, accusing the BJP of trying to divert attention from its “internal problems.”

Will Rahul Gandhi walk the talk?

Author adminPosted on January 4, 2016
Saudi Arabia announced Sunday that it was severing ties with Iran, hours after Iranian protesters set fires in the Saudi Embassy compound in Tehran....
Read More

Author syncmagPosted on January 16, 2013January 17, 2013
It’s all about understanding the cosmic purpose behind everything, which the Mayans never did. Now that Ali Zafar has been voted at the 2nd...
Read More

Author adminPosted on November 5, 2013
ISLAMABAD: Prime Minister Nawaz Sharif will face the first formal test of his economic policies this week during a visit by the International Monetary...
Read More

Author adminPosted on August 20, 2015August 20, 2015
ISLAMABAD: Pakistan Taekwondo black-belt Ahmad Amin Bodla has broken the Guinness World Record for most squat thrusts in one minute with 40 pounds weight...
Read More
In-Sync
Author syncmagPosted on March 14, 2013April 11, 2013
BUREWALA: Federal Interior Minister Rehman Malik on Sunday said that a list of 734 terrorists had been given to the Punjab government that these...
Read More