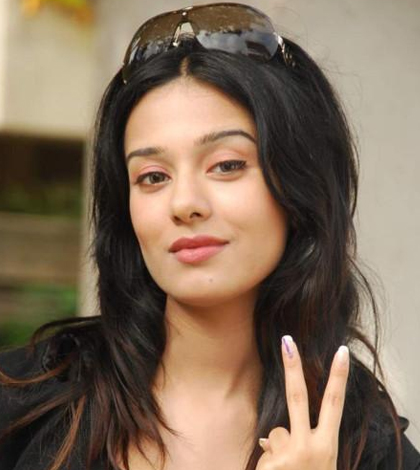 After playing docile roles in ‘Ishq Vishk’, ‘Vivah’ and ‘Welcome to Sajjanpur’, actress Amrita Raois gearing up to show her rebellious streak in Prakash Jha’s ‘Satyagraha’.

Though, the 32-year-old actress is happy about her previous roles, Amrita says she is particularly “proud” of her performance in the upcoming political-thriller. “I have done a lot of films which I am happy about but this one (Satyagraha) I am proud of. As an actress it is a privilege to play someone representing the youth of our country. It is such a sensitive subject… It almost felt like I was living the angst of the youth. There were moments while shooting, where everyone felt frustrated seeing what is happening in our nation today,” Amrita told PTI.

‘Satyagraha’ deals with the movement of the middle class against corruption. With a stellar star cast including Amitabh Bachchan, Ajay Devgn, Arjun Rampal, Manoj Bajpai and Kareena Kapoor Khan, the movie is set to hit the theatres on August 30.

Amrita, who plays Bachchan’s daughter-in-law in the movie, says the film tries to portray India’s reality today and shooting for it was quite emotional. “Jhaji has always made films with a light of reality and the audience has always accepted it. It was an overwhelming film to work in,” she added.

Amrita describes her character in ‘Satyagraha’ as a morally upright and strong girl from a small town who represents the “aam aadmi”. “Sumitra Anand comes from a small town, educated family. She symbolises the aam aadmi who faces so many obstacles in day-to-day working. There is so much corruption on so many levels of democracy that the common man is deprived of the basic rights. In the fight against all of this she become a part of satyagraha,” Amrita said.

Priyanka Chopra Happy To Let Her Hair Down In ZANJEER

IIFA 2016 CELEBRATIONS KICKS OFF IN MADRID!