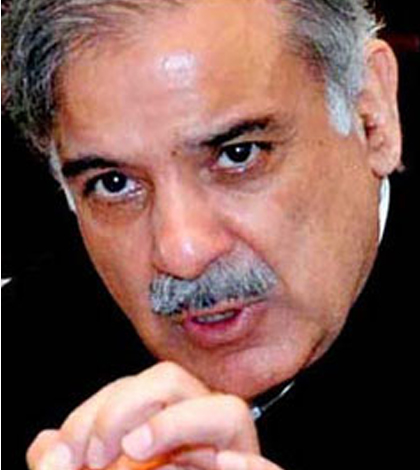 ISLAMABAD: Even before their formal takeover, top PML-N leaders, including Shahbaz Sharif, have concluded talks with relevant quarters to bring at least 2,000MW electricity into the national grid in the next nine months.

“This is just one part of the hectic efforts to meet the power shortage to get rid of the excruciating electricity outages,” a senior PML-N leader said.“As I speak to you, Shahbaz Sharif is engaged in negotiations with a Chinese company to resume work on the two abandoned power generation projects in Nandipur and Chicho-ki-Malian to produce a total of 950MW.”

He said the senior PML-N leadership has already spoken to the Punjab sugar mills owners to produce some 900MW electricity by using bagass. The PML-N leader said that the sugar mills owners have been assured that the necessary amendments would be made to the regulatory framework with the condition that they have to quickly put in place the necessary machinery and other paraphernalia to generate electricity. He said these owners have stated that they would do the job on an emergency basis.

Shahbaz Sharif told the Chinese contractor that the government would take every step to facilitate them only if the two projects are completed without any further delay.

While prolonged power outages kept choking industrial and economic growth, causing losses of billions, and made the life of the common man unbearable in the sweltering season, the execution of two power projects at Nandipur and Chicho-ki-Malian remain at a standstill due to the criminal negligence of the federal law ministry on frivolous technical grounds. It did not clear the issuance of the sovereign guarantee by the finance ministry to the contractor, resulting in the termination of work.

Some time ago, the PML-N took the matter to the Supreme Court, which constituted a commission of inquiry, which held the law ministry responsible and ruled that a loss of Rs120 billion was caused because of non-completion of the two projects.

In-Sync
Author syncmagPosted on March 14, 2013April 11, 2013
New Delhi: The twin blasts in Hyderabad last evening in which 16 people died have revived a political controversy about the need for the...
Read More
In-Sync
Author adminPosted on April 17, 2013
As Abhishek Bachchan won an award for Bol Bachchan at the Times Of India Film Awards 2013, he couldn’t stop thanking wifey Aishwarya Rai...
Read More